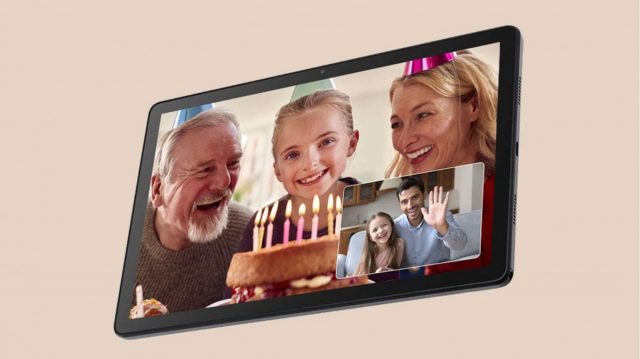 Even though LG has exited the Android smartphone market, the company is still producing mobile devices based on the operating system, but in a larger form factor. LG tablets still exist, and the South Korean company has just announced the LG Ultra Tab, a mid-range tablet built for content consumption, but which could also serve as a productivity tablet alongside certain accessories.

The Ultra Tab uses a Qualcomm Snapdragon 680 processor, along with 4GB of RAM and 64GB of internal storage. The 10.35″ screen is LCD and comes with 2,000 x 1,200 pixel resolution, with a rather unusual 5:4 aspect ratio. Of course, the refresh rate is 60 Hz, so it won’t offer very smooth animations as we’ve become used to on smartphones and tablets in recent years. There’s not much to say about cameras either. Up front, LG has integrated a 5-megapixel sensor, while the rear camera comes with 8-megapixel resolution. Probably the most interesting aspect of this tablet is its compliance with the US military standard, MIL-STD 810G, which means it should be able to withstand extreme temperatures, water splashes, dust and certain shocks.

The LG Ultra Tab launches in South Korea at a price of 426,000 won, or around $330, the same as Apple’s iPad 9. Given that the iPad still comes with 64 GB storage, 4 GB RAM and a significantly more powerful processor (Apple A13 Bionic), Apple’s solution would seem easier to recommend. The only people who might choose LG would be those who really want an Android tablet and not one with iPadOS.