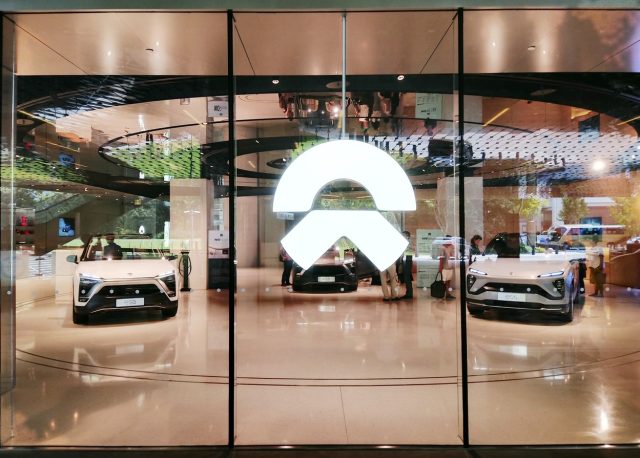 The problem of waiting time to charge electric vehicles could be solved with the help of the manufacturer Nio, which brings to Europe a technology that is already very successful in China.

It’s like instead of plugging in the power cord and waiting an hour (or more) for your electric car to charge, go on a platform that simply replaces the battery with a freshly charged one. Well, the technology has already been perfected in China and it works very well, the waiting time being reduced to just a few minutes. Plus, you won’t have to worry about battery wear or cost. All you have to do is buy an electric car compatible with this technology, at a price comparable to solutions based on heat engines, after which you just rent the energy source. Basically, the tariff will be calculated according to two benchmarks: the energy actually delivered in the battery and the time of its use. Thus, if you use the car daily, you will pay less, and if you let it “lie” in the parking lot, you will simply pay the battery rent. In any case, the battery remains as a cost included in a monthly paid subscription and must still be fully borne when purchasing the car.

Already, widespread in China, Power Swap Station centers are beginning to appear in European countries, the developer Nio even managed to sign a very important partnership, allowing the arrangement of charging stations / replacement of batteries in Shell gas stations, targeting of 1000 locations available by 2025.

According to Nio, the exclusion of the battery from the purchase price of its electric cars brings an instant saving of $ 9700, the cost being incorporated in the price per KW and the time of use of the battery. Thus, although the cost of “refueling” is higher compared to charging the battery owned by the owner, the price at which you can have that electric car becomes much more competitive, the latter argument being probably decisive for those who hesitate to make the leap from conventional cars. With 90,000 electric cars already sold in China and 800 stations for battery replacement, Nio seems to be on the right track. However, only a few hundred cars have been delivered to Europe’s main market, Norway. Relying on the confidence conveyed by the early arrangement of charging stations, Nio hopes for a rapid expansion in the markets of Denmark, Sweden, Germany and the Netherlands, regions where buyers are very receptive to the prospect of buying electric cars.

Read:  Russia is threatening to withdraw from the International Space Station

Even so, we are left with an issue that could be a big deal later: Nio’s battery replacement technology is proprietary, with the business modeled on Tesla Supercharger charging stations, not accepting cars from other manufacturers. Unless Nio decides to standardize and open its upload format to other EV manufacturers, the chances of the initiative stalling are very high. Simply put, with all the funding coming from China, Nio cannot have the financial resources to fill the whole of Europe with tens of thousands of battery replacement stations that only serve its own cars. Thus, a plan would be needed to standardize and democratize this technology, which unfortunately is not on the horizon yet.