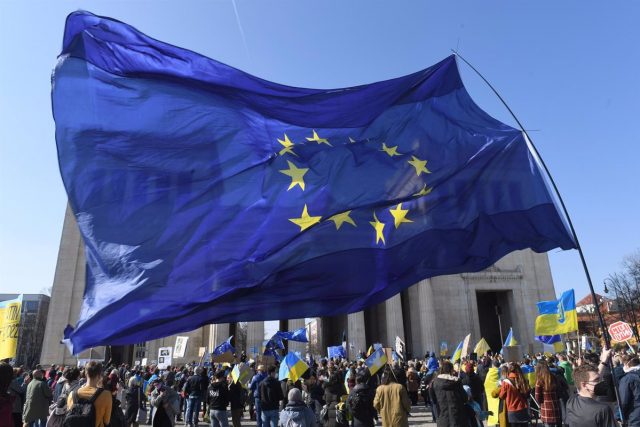 The European Union has adopted Thursday the new round of sanctions against Russia for the escalation of the conflict in Ukraine, a package that includes as main measure the cap on the price of Russian oil transported by sea, in addition to more limitations on trade with Russia, punishments for those who circumvent the sanctions or the prohibition to participate in boards of directors of Russian state-owned companies.

The eighth batch of European sanctions comes in response to referendums and annexations of Ukrainian territories by Russia and an escalation of the war, including nuclear rhetoric against the West. In this context, the EU-27 have approved the basis for a cap on the price of Russian oil transported by sea to third countries, as well as restrictions on the maritime transport of crude oil, a measure aimed at reducing Russia’s revenues on the one hand, and stabilizing international markets on the other.

With this step, the EU blocks maritime transport related to the shipment of crude oil to third countries from next December, while the measure will affect oil products from February 2023. In addition, the ban on EU vessels to offer maritime transport services will come into force when the EU-27 fix the maximum price, a matter that is being negotiated at the G7 level.

In the end, the measure will not affect crude oil arriving via pipeline, something that countries such as Hungary and other landlocked European partners were demanding due to their heavy dependence on Russian oil.

As for trade measures, the package envisages a ban on further imports of Russian products such as steel, wood, paper products, cigarettes, cosmetics and plastics, as well as jewelry items such as precious stones.

On the European export side, technology related to the aviation sector will be further restricted, as well as a ban on the sale of civilian weapons, certain electronic components, chemicals and goods that can be employed for repressive use, a measure with which the EU seeks to undermine Moscow’s military capability.

Another of the elements contained in this batch of sanctions is the veto on European citizens holding positions in the management bodies of Russian state companies, a measure in clear reference to the former German Chancellor, Gerhard Schroeder, who was forced to leave his post on the board of the state oil company Rosneft last May after a barrage of criticism.

Soon after the Russian aggression in Ukraine began, former French Prime Minister François Fillon resigned from his positions in a Russian oil company and a Russian chemical company, as did former Italian Prime Minister Matteo Renzi, in his case from a Russian car-sharing company.

Likewise, the EU expands its ‘blacklist’ with 37 individuals and entities responsible for illegal consultations in Donetsk, Lugansk, Kherson and Zaporiyia and members of the Russian Defense behind the mobilization of reservists, in addition to punishing propagandists disseminating disinformation about the invasion.

European sources confirm the inclusion of the well-known philosopher Alexander Dugin, whose daughter suffered a fatal attack last August and who has called the annexation of the Ukrainian regions a new civilizational era for Russia. Another novelty included in this package is the broadening of the scope of individual sanctions to include those individuals who facilitate the circumvention of European sanctions.