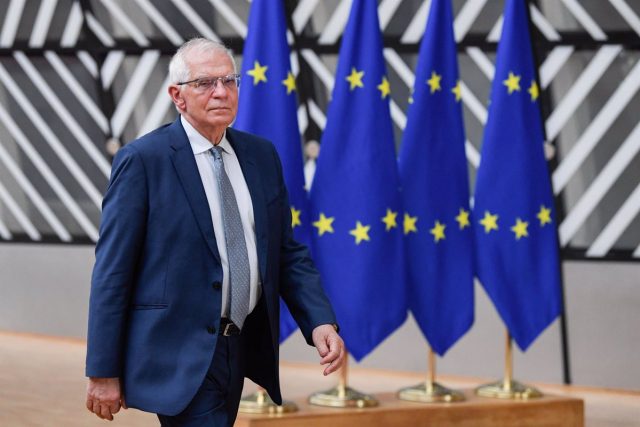 Latest news on the war between Russia and Ukraine

European Union countries agreed Wednesday to restrict visas for Russian tourists by suspending the visa facilitation agreement with Russia, which will mean a significant reduction in the number of permits for Russian citizens to enter the EU and more hurdles to obtain them.

“Member states feel that they cannot continue business as usual. We have agreed politically that something has to be done,” announced EU High Representative for Foreign Policy Josep Borrell, speaking after the informal meeting in Prague of the bloc’s foreign ministers, who have given the green light to limit visas for Russian tourists.

As explained by the head of European diplomacy, with this step it will be “more difficult and take longer” for Russian tourists to obtain visas and the number of permits issued will be reduced.

The suspension of the visa facilitation agreement with Russia has ended up being the meeting point between the member states that called for a total ban on the entry of Russians to the EU, such as the Baltics, and those who claimed to be more selective.

“These agreements are made to make things easier and if you put an end to it there will be no more facilities, it will be more difficult to get visas. It will be possible to get them, but in smaller numbers,” he said during the press conference.

In any case, the High Representative has valued that there is a common approach in the EU that will prevent Russian citizens from taking advantage of the lack of coordination between Member States to obtain travel permits.

On the border controls already applied by some Member States, such as Estonia, to curb the arrival of Russian citizens on European soil, Borrell explained that the EU-27 can adopt a wide range of measures within the framework of the Schengen code.

In this way, the head of EU diplomacy has given broad scope to Member States to take measures at national level on visas and border controls, depending on the situation they face, to regulate the border.

The arrival of tourists from Russia has become “a security issue” for the EU’s neighboring countries, such as the Baltic states and Finland, admitted Borrell, who assured that this summer Russian citizens have been seen traveling for leisure to Europe, “as if there were no war in Ukraine”.

With regard to the permits already issued, the member states have decided to instruct the European Commission to study the situation and provide a set of guidelines for adopting possible restrictions. “There is a common understanding that they also need to be addressed and this situation needs a common approach,” the former Spanish minister added.

The Spanish Minister of Foreign Affairs, José Manuel Albares, has welcomed the fact that the EU-27 have been able to find a “balance” between the opposing positions.

He has recognized that in the current circumstances due to the Russian invasion of Ukraine there cannot continue to be “normality” in the issuance of visas and continue to allow “certain people to come, buy and summer without any difficulty in the EU.”

But at the same time, he has defended that “those sectors of Russian society that do not agree with what is happening”, young people, students and artists and also those “who are being persecuted by Vladimir Putin’s regime and who need our protection” must continue to be allowed to come to Europe.

The suspension of the visa facilitation agreement is the balancing point and from now on, he explained, member states will have to analyze “application by application to see exactly who we are dealing with.”

If those applying for visas are people who “participate in Putin’s war effort or who we consider are not the kind of people we want in our countries, we will have the possibility of not allowing entry,” he said.

The agreed solution allows sending the message to the Russian people that “we have nothing against them” while making it clear that “all those who do not participate in our values will not be allowed to travel from Russia to the EU,” Albares pointed out.