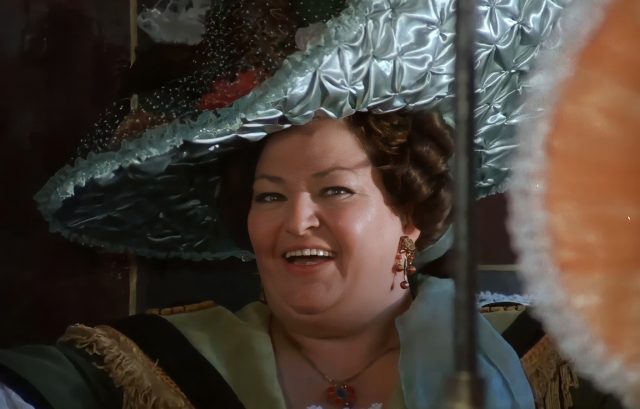 Draga Olteanu Matei is without a doubt one of Romania’s most beloved actresses of all time.

For decades, the artist has entertained generations of Romanians, both on stage and in films that are highly appreciated in our country.

Draga Olteanu Matei, an impressive career in film and theatre

The great actress Draga Olteanu Matei was born on 24 October 1933 in the capital. She graduated from the “I.L. Caragiale” Institute of Theatrical and Cinematographic Arts in 1956, and that same year, in September, she already made her debut in the play “Ziariștii”, written by Alexandru Mirodan.

Obviously, from that moment on, nothing stood in the way of the success of the likeable actress, and she went on to act in countless plays, including Coana Chirița by Vasile Alecsandri, for which she later wrote a film script in two series: Coana Chirița (1986) and Chirița la Iași (1987). He also played in Gaițele by Kiritescu (1977), Căruța cu paie by Mircea Ștefănescu, Hagi Tudose by Barbu Ștefănescu Delavrancea, Domnișoara Nastasia by G.M. Zamfirescu, Pisica în noaptea de Anul Nou by D.R. Popescu, Autorul e în sala by Ion Băieșu. However, when asked, the artist said that the journey was not easy for her.

Read:  When the long-awaited Super Mario Bros. movie is released, it has been postponed several times

Draga Olteanu Matei was also in charge of film scripts, being “responsible” for those of the following films she also signed the script of some films: Patima (1975), Dumbrava minunată (1980), Cucoana Chirița (1987) and Chirița in Iași (1988).

“I was asked to mime a sad event. I was able to cry real tears because I remembered that I was in love with a far-right footballer who wasn’t looking at me. Amazed, the committee asked me to laugh. I failed because I had no reason to, I was bitter about failing in love. Out of 1,700 candidates, 14 were admitted, including Amza Pellea and myself, and at the end of the first year only 4 of us remained. I entered the world of theatre easily, then I knew its difficulties.

The bright lights of the ramp are enticing to anyone who hasn’t eaten this bread. It’s a sisyphean, continuous, harsh work even. So many think that if you have talent you’re an instant star. Some believe that the text teaches itself, the character you search for in the labyrinth of thoughts becomes yours by putting on the stage costume. What fun it is to transform yourself into a character one evening, another… another. From a distance, the angles change. And not infrequently, after the premiere, sometimes a year’s work, you read in the newspapers that you have under-performed, that you have missed a great creation, that you have not understood the character’s tumultuous life”, Draga Olteanu Matei told Flacăra magazine in 1989.

She was married three times, but the death of her third husband devastated her

Draga Olteanu Matei was married three times, but the death of her last husband was to cause her terrible grief. “I am upset. This sorrow will never go away. He will die with me. I tell you honestly, I would have preferred to die with him. If there is great love, as I have experienced, it seems to you that nothing is worthwhile. For 44 years we were very happy. There was no secret to longevity. There are smart people and dumb people,” the actress said.

“Smart people get along with each other well into old age, they find each other reasons for admiration, things come together in such a way that one can’t do anything without the other. This is the deep love that begins in youth with physical attraction and continues with love. You come to love the other with all your being, you breathe with him, you cry with him, you laugh with him… That’s how our life was”, Draga Olteanu Matei said, according to Click.ro.