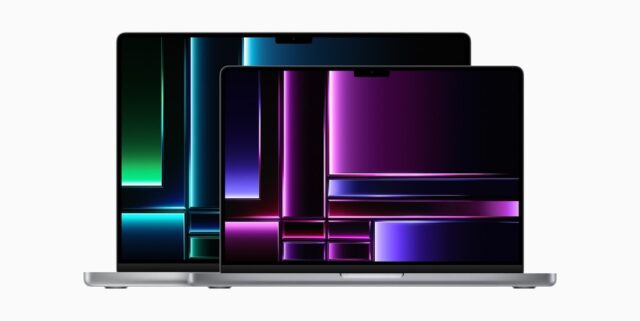 Last year, Apple found itself in the middle of a controversy with the new MacBook Air model with the M2 processor. It came with a new design and a significantly higher price than the previous model with M1, but in the base version it had slower storage. However, it seems that this initiative is continuing, as the new MacBook Pro models with M2 Pro processors also suffer from the same kind of downgrade, with a much slower SSD than the 2021 M1 Pro model.

According to testing by 9to5mac, Apple has chosen to use slower storage on its professional computer models as well. The problem only affects the base 512GB storage variant, however, but the differences between the new model and the previous model are significant.

Read:  The iPhone 14 could come with last year's chipset on some versions. A16 Bionic only on the top versions

Tested with the BlackMagic Disk Speed Test, the 14″ MacBook Pro with M2 Pro processor in the cheapest configuration achieves a write speed of 2,970 MB/s and read speed of 3,150 MB/s. In comparison, the previous model offered 3,950 MB/s write and 4,900 MB/s read. Talk about an almost generational difference. The new model appears to achieve the highest speeds for the PCI-Express 3.0 standard, while the older model has similar performance to the slowest SSDs on PCI-Express 4.0.

Of course, this being a MacBook, the problem is not easily “solved”. That’s because the storage can’t be changed after you buy the computer. Apple not only chose a slower SSD, but integrated fewer storage chips on the motherboard, a measure that certainly lowered costs. The M1 Pro model included four storage chips for a total of 512 GB, while the M2 Pro model has just two.

Read:  YouTube Music will no longer use exact location to generate play recommendations

In reality, performance differences probably won’t be immediately apparent in most work tasks, or even many professional ones. Maybe a second or half a second in some situations will be measurable, but for the most part, the SSD in the new MacBook Pro with M2 Pro should be quite fast.

Models with larger 1TB or 2TB storage are not affected by this downgrade. And in other respects, such as CPU processing power and GPU speed, even in the base version, the MacBook Pro is certainly better performing than the previous model.