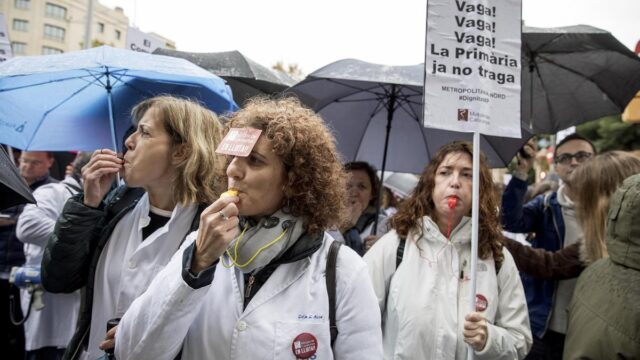 The union Metges de Catalunya (MC), the majority among physicians, has redoubled its commitment and has announced strike also for the February 1, 2 and 3, in addition to the one it maintains for January 25 and 26. The union is in the middle of negotiations with the employers and the Conselleria de Salut for the new labor agreements. They will continue negotiating this Monday at 4:30 p.m., after talks held between all parties on Wednesday were “satisfactory” for the union. Even so, it has decided to to increase the pressure and announce more strike days.

To these stoppages are called all the physicians of the hospitals y primary care centers (CAP) of the Catalan Institute of Health (ICS) and the subsidized health network (Siscat). The unions CCOO, CGT and Satse (the main nursing union) signed on December 23 with the employers the pre-agreement of the new Siscat agreement, the one that concerns the Catalan health care system, but Metges de Catalunya has distanced itself from it.

Read:  "I have to wait a month to be seen by my doctor for shingles."

The mobilizations “will not stop after the first two days of strikes”, but rather that “the conflict will drag on as long as solutions are not provided that can begin to resolve the serious problems that the system is suffering, especially the overload of work and the crisis of physicians derived from the conditions of care, work and remuneration offered to professionals,” says the union in a communiqué on Friday.

According to MC, although the start of negotiations with Salut has “corroborated” that the. diagnosis of the situation and the concerns are “shared”, the union demands that the measures proposed by the “conselleria “have an immediate effect and a concrete implementation schedule”.

Read:  How many countries do not have (nor have they had) a single case of covid?

MC notes that the proposals should be aimed at the. “resource planning, retention of medical talent, continuing education of professionals, and the improvement of working conditions.”