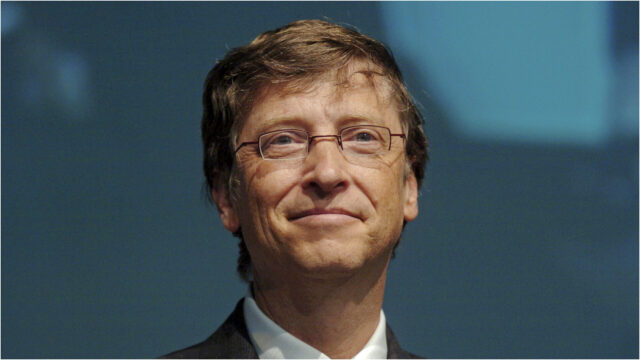 Bill Gates said a few years ago that we are living in the most prosperous and peaceful period in human history. Meanwhile came the COVID-19 pandemic, the war in Ukraine, and worsening climate problems. Yet the billionaire still believes the future ahead is a good one.

Gates acknowledged that the world is full of “disappointing trends.” He cited as examples the inadequate response to the COVID-19 pandemic, the failure of governments to meet their climate targets and political problems in the US.

In October, a Gallup poll in the US showed that 42% of Americans believe they will have a better standard of living than their parents. The percentage is 18 percentage points lower than in 2019.

What pessimists don’t see, according to Bill Gates

Pessimists don’t see the whole picture, Bill Gates believes. He talked about progress in public health, noting that the mortality rate among children under five has been cut in half over the past two decades.

Also read: Bill Gates has traded in his Galaxy Z Fold3 phone. The model he switched to

Moreover, the level of innovation that will improve people’s lives will continue to be high, according to Gates. “We will cure obesity, find cures for cancer and eradicate polio,” he explained.

Read:  HTC launches Wildfire E Plus, a rebranding of a Chinese entry-level phone

The billionaire then invited us to go back 300 years. According to him, in 1700 the average man died before the age of 40. Today, life expectancy in the US is 76.1 years. “It didn’t matter if you were a king or a beggar, you were subject to huge infant mortality and very low literacy,” he explained.

Gates noted that sometimes technological progress doesn’t lead where it should. He gave the example of nuclear weapons or biological weapons. “Modernity comes with some high risks, too. But overall, I’m very optimistic,” the Microsoft co-founder concluded.