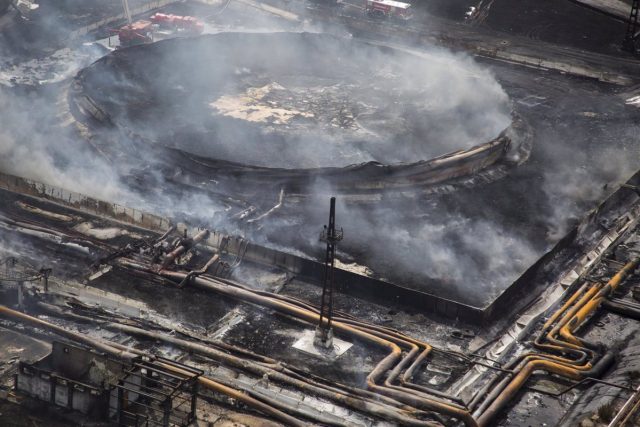 Cuban authorities and citizens have bid farewell with a funeral to 14 of the 16 people who died in the fire in the Matanzas oil tanks, allegedly caused by a lightning strike on August 5 and which provoked one of the biggest tragedies in recent history on the island.

After two days of official mourning, Cuba has proceeded with the funeral of the last 14 fatalities, mostly firefighters. The ceremony, in which a guard of honor was held, was attended by the current president, Miguel Díaz-Canel, and his predecessor, Raúl Castro.

Both leaders have personally offered condolences to the relatives who had come to the Firefighters Museum of Matanzas. “Our deepest condolences and accompaniment to you at this moment,” said Díaz-Canel, according to statements gathered by the Presidency.

The Cuban Ministry of Public Health maintains at 16 the number of people killed by the fire, of unprecedented proportions on the island. It caused 146 wounded, 18 of whom were still hospitalized on Friday, according to the official balance.