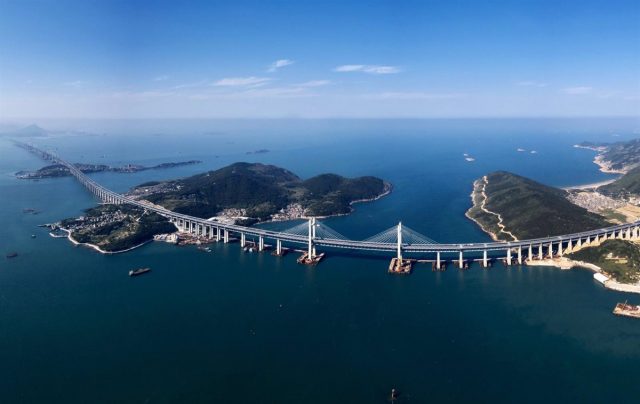 China has announced Friday the holding of a military drill around Taiwan amid rising tensions over the possible visit of U.S. House Speaker Nancy Pelosi to the island.

Pelosi’s trip will include stops in Japan, Indonesia and Singapore, as well as potentially Malaysia, as picked up by Bloomberg. However, it is not yet clear — the White House has not confirmed — whether she will put Taiwan on her agenda.

Thus, the Speaker of the House said Friday at a press conference that the Biden Administration will bet, in the coming months, for a strong emphasis on the Asia-Pacific region, so from Washington they want Congress “to be part of that initiative.”

Read:  China denies it plans to open a military base in the Solomon Islands: "It's fake news"

However, former U.S. President Donald Trump has criticized this possible trip of the Speaker of the House of Representatives to the island for considering that it would defy a “red line” and would face “strong countermeasures.”

“The China mess is the last thing she should be involved in, She will only make it worse,” he has said on the social network Truth Social, adding that everything she touches “turns to chaos, disruption and shit,” as reported by ‘The Hill’.

Amid the tensions, the Chinese Navy has been monitoring the activities of the aircraft carrier ‘USS Ronald Reagan’ in the South China Sea. Specifically, one warship sails about 185 kilometers off Fiery Cross Reef, while two other vessels, identified by Duang Dang, a Vietnam-based maritime observer, are a Chinese Type 052D destroyer and a Type 054A frigate, as picked up by ‘South China Morning Post’.

Read:  More than 70 dead in sinking of boat carrying dozens of migrants off Syria

In addition, through Friday, Taiwan authorities are conducting military drills around the island and its outlying islets in an annual event that has been held since 1984 and involves all branches of Taiwan’s military, including its reserve forces, in an effort to boost overall defense capabilities, CNN has picked up.