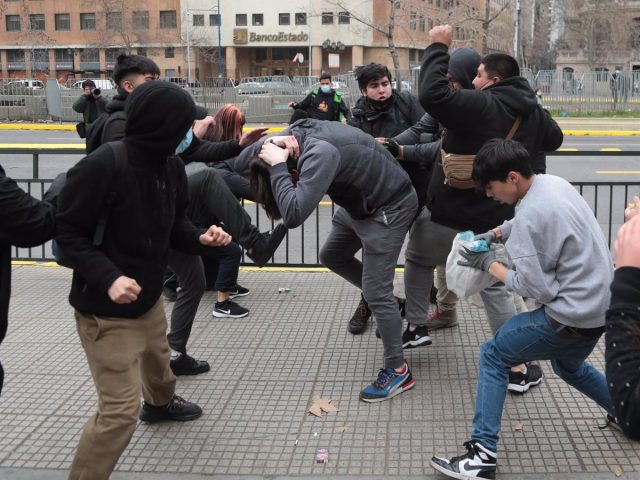 Several workers of the University of Chile, among them a brother of the president, Gabriel Boric, have been assaulted this Thursday in the middle of the street in Santiago, allegedly after a group of young people tried to loot a local.

The incident took place outside a university building, where “a group of people beat and violated” the center’s press chief, Simon Boric, and three other officials, according to a statement from the institution itself.

The aggression occurred after one of the staff members rebuked another group that allegedly planned a looting and the three remaining colleagues came to his defense. “As Universidad de Chile, we strongly condemn this act of unnecessary and irrational violence,” reads the note.

The university has confirmed the transfer of one of its workers — “who was most affected” — to a medical center “to confirm injuries.” The local press has identified this person as the president’s brother, although no serious injuries have been reported.

Security forces have already arrested three suspects aged 20, 22 and 32 for their alleged responsibility in these events, according to the newspaper ‘La Tercera’.

The government has condemned the aggression through the Minister of the General Secretariat of the Presidency, Giorgio Jackson, who has called it “extremely serious.” “The president is aware of it,” he explained in a first official reaction.

Read:  Loyalty to Kremlin cracks among Russian leadership after latest defeats in Ukraine