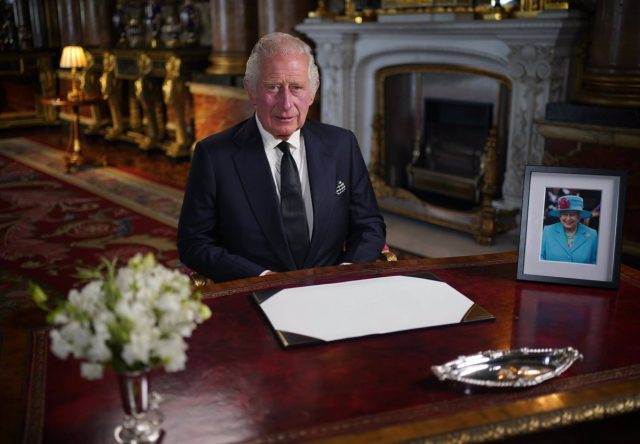 Charles III was formally proclaimed on Saturday as the new King of England after a ceremony held at St. James’s Palace, marking the first time in history that the Access Council session has been televised.

“Since Almighty God has been pleased to call to his mercy our late sovereign, Queen Elizabeth II, of sacred and glorious memory, the crown of the United Kingdom and Northern Ireland falls solely and rightfully on Prince Charles,” the secretary of the Access Council said as he read the proclamation.

Thus, he has emphasized that those gathered during the session have proclaimed “with one voice” that Prince Charles “becomes our sole lord”, with which it has been proclaimed “king, head of the Commonwealth and defender of the faith”.

“To him we acknowledge all faith and obedience with modest affection, beseeching the God by whom kings and queens reign to bless his majesty with long and happy years to reign over us. May God save the king,” he concluded, which those present repeated in unison.

The proclamation has been read after the chair of the Access Council, Penny Mordaunt, has read a statement with the official and traditional confirmation on the death of Elizabeth II. “My Lords, it is my sad duty to inform you that Her Majesty, Elizabeth II, died on Thursday 8 September 2022 at Balmoral Palace,” she said.

Read:  The Ukrainian Justice seizes more than 150 assets owned by the pro-Russian Medvedchuk

After that, Charles III is scheduled to join the meeting, which will become a meeting of Her Majesty’s Privy Council, the first in which he participates since his accession to the throne. The monarch will be accompanied by the Queen consort, Camilla Parker Bowles, and Prince William, now Prince of Wales.

During it, Charles III a series of engagements and declarations on the death of his mother and has agreed to a series of orders to enable the continuity of the Government.

A second proclamation is scheduled to be held at the Royal Exchange in London, while there will be proclamations on Sunday in Scotland, Wales and Northern Ireland. Also, the House of Commons will have to hold a meeting this Saturday to renew its allegiance to the new king.

“The House of Commons can only operate if we have sworn allegiance to the monarch,” said Harriet Harman, who holds the position of ‘Mother of the House of Commons’ as the woman with the longest continuous service in the body. “The oath of allegiance was to Queen Elizabeth II, so today at 1 p.m. (local time), MPs will swear allegiance to the new King Charles III,” she detailed in statements to the BBC television network.

The hitherto Prince of Wales automatically ascended the throne on Thursday after the death of his mother, Elizabeth II, at the age of 96, so the act of proclamation has been purely ceremonial. The body currently has more than 700 members, although only about 200 have been summoned.

The act has taken place a day after Charles III renewed in his first speech to the nation the lifetime commitment that his mother assumed when she ascended to the throne and stressed that he will fulfill his duties “for as long as God keeps me alive”–, while extolling the historical figure of Elizabeth II.