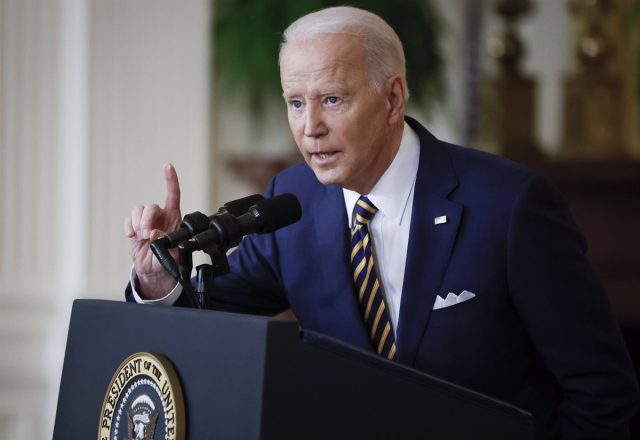 The president of the United States, Joe Biden, has clarified that his Administration “has no intention” of sending its own troops or NATO forces to Ukraine, although he has warned of “serious consequences” if there is an attack by Russia.

“Everyone from Poland onwards has reason to be concerned about what would happen and the spillover effects that could occur… We have no intention of putting US forces or NATO forces in Ukraine, but there will be serious economic consequences.” , Biden has pointed out to journalists.

These words from the tenant of the White House come just one day after the Department of Defense announced on Monday that it is preparing up to 8,500 soldiers for a potential deployment in Eastern Europe.

According to the Pentagon, these soldiers would be willing to collaborate with the NATO Response Force in case the Atlantic Alliance decided to deploy these troops.

Regarding the sending of these 8,500 troops, Biden has indicated that it depends on “what Putin does or does not do” so that it is carried out or not, according to the president’s statements collected in a White House statement.

Although it is true that Biden has previously defended that sending troops directly to Ukrainian territory “was not on the table”, the president did advocate a reinforcement of the NATO Army if necessary, something that he himself has already rejected. general secretary of the organization, Jens Stoltenberg.

“NATO will not deploy combat troops in Ukraine… But we must make sure there are no misunderstandings about our readiness, our commitment to protect and defend all allies, especially in the eastern part of the alliance,” he said. Stoltenberg.