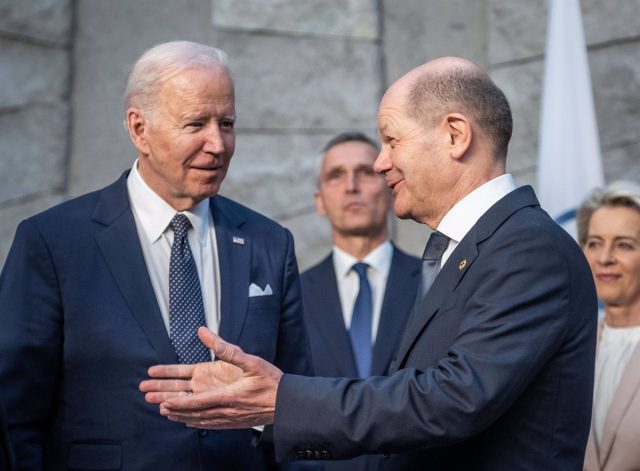 The President of the United States, Joe Biden, and the German Chancellor, Olaf Scholz, held a telephone conversation on Thursday in which they discussed the possibility of expanding sanctions on Russia in response to the war against Ukraine.

In the conversation, which has lasted for half an hour, both leaders have agreed to reject any movement that conflicts with the territorial integrity and sovereignty of Ukraine, for which they have reinforced their support for the “self-defense” of the European country. .

This has been transferred by the spokesman for the German Government, Steffen Hebestreit, who has pointed out that Biden and Scholz have also agreed to denounce those statements by Russian authorities that are aimed at “discrediting the democratically legitimate Ukrainian leadership”, according to the Russian agency TASS.

For its part, the White House has reported that Biden has thanked Scholz for the security assistance that Germany will provide to Ukraine, as well as “the recent promise of additional humanitarian aid.”

On the other hand, Chancellor Scholz has announced that his Foreign Minister, Annalena Baerbock, will travel “soon” to Ukrainian territory, according to the German news agency DPA.

Read:  The White House clarifies Biden's words about the possible "genocide" committed by Russia in Ukraine

This announcement comes weeks after the controversy caused by the failed visit to kyiv by the German president, Frank-Walter Steinmeier, who intended to move to the Ukrainian capital but the authorities of that country refused as a gesture of discomfort due to his alleged collusion with the Russian politics for years, including during his time as foreign minister.

Precisely this Thursday Steinmeier and his Ukrainian counterpart, Volodimir Zelenski, have “clarified” their differences in what they have described as a “very important and very good” conversation in which the German has transferred his “solidarity, respect and support” to the “Brave struggle of the Ukrainian people against the Russian aggressors.”