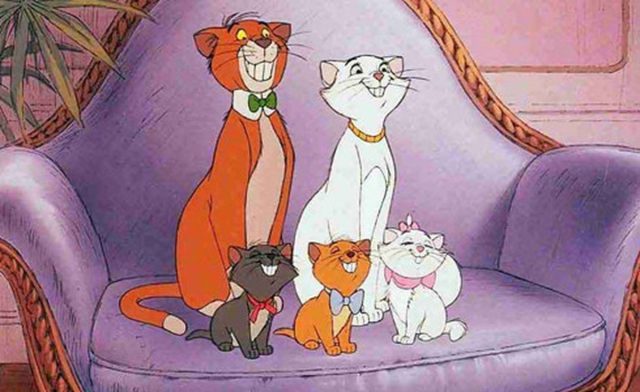 “Aristocratic Cats” have marked generations of children. If you missed the naughty kittens, we have good news: they will return on small screens with a new reboot.

The first great success of the aristocratic cats was recorded in 1970. Since then, generation after generation have enjoyed the cute cartoons, which have found their place in the category of “cult” productions worldwide.

The “Aristocrat Cats” are back in a new reboot

From what we know so far, we are preparing a reboot of “Aristocats” – it is currently in production at Disney. The original animated film, based on a story written by Tom McGown and Tom Rowe, was released in 1970 by Walt Disney Productions.

The film tells the story of a family of Persian cats who learn that they will inherit their owner’s fortune. They have to find their way home with the help of a quietly talking stray cat. after the butler of the house, an extremely cunning character, kidnaps them and abandons them in the countryside.

Will Gluck, from Peter Rabbit, and Keith Bunin, from Onward, will handle the script for the upcoming production. As the new animation is still in production, we do not know further details about the action. However, it is suspected that the producers will choose to keep the 1970 line, just to take advantage of the nostalgia of the fans.

There is a possibility that the new production will resemble, to some extent, “Lady and the Tramp”.

Moreover, at the moment, the exact date of the release of the new animated film “Aristocratic Cats” is not known. Certainly, there is a chance that, once released, the production can be watched on Disney +.

“Aristocats” isn’t the only production Disney has decided to revive. We remind you that the famous Mickey Mouse is also preparing to return, in “The Wonderful Winter of Mickey Mouse”.