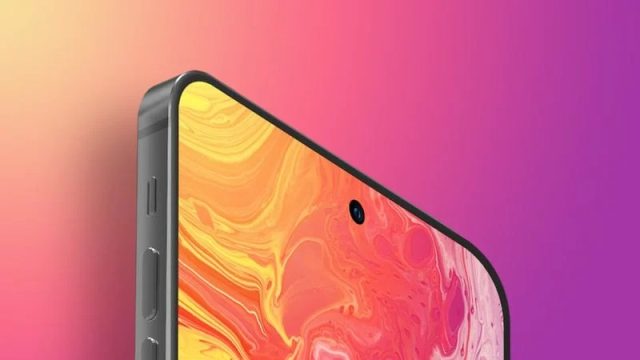 It seems that the solution with this year’s double cutout that Apple will adopt on the iPhone 14 Pro models will be a compromise one, waiting for a real solution to hide the Face ID sensors. Instead of a notch, as we have seen in the last 4-5 years, Apple will for the first time pierce the screen of its top phones, but only in 2023, on the iPhone 15 Pro, we may see the (almost) complete disappearance of cut-outs on the screen, reports the South Korean press.

According to The Elec, Samsung is preparing to deliver to Apple new generations of OLED screens, which will allow the implementation of UDC (Under Display Camera) systems. It will be used both for the development of new iPhone 15 models, which are ready to appear in 2023, and for future Samsung models (probably Galaxy Z Fold5). Samsung has already delivered a phone that hides the front camera under the screen, the Galaxy Z Fold3 model, but it used the first generation technology, which lowered the resolution in that area, making everything visible.

Information published by the South Korean website suggests that Apple will use this technology to hide only Face ID sensors, while still maintaining a subtle cutout for the front camera. This is because, at the moment, the amount of light and image artifacts that appear as a result of the integration of the camera under the screen produce poorer results than ordinary front cameras, even after applying an image processing “layer” with AI.

Of course, as is the case this year on the iPhone 14, only the iPhone 15 Pro models will benefit from this technology, probably the “standard” models from 2023 will adopt the perforated screen from the iPhone 14 Pro from 2022.

Read:  TikTok copies the features of the BeReal network with the new TikTok Now

It seems that LG Display, another OLED panel provider that collaborates with Apple, is working on a similar technology. Competitor Samsung wants to increase the amount of light that reaches the sensor by 20% in 2023 and 40% in 2024, compared to the solutions it currently has.