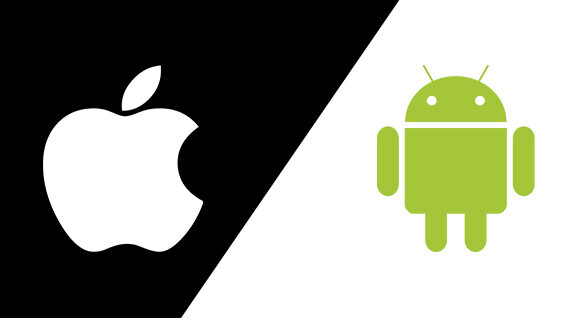 Android continues to be the most popular ecosystem for mobile devices, even though iOS manages to erode its market share in some very important markets.

Unlike Android, which is an open-source platform free to use with other manufacturers’ devices, iOS is practically synonymous with iPhone and iPad, a closed ecosystem whose destiny is closely linked to the business strategy of the giant Apple. Instead, Google’s strategy is to bring Android to as many devices as possible, regardless of the price or how their manufacturers choose to use it. Thus, the fact that Apple managed to raise its market share from 19.4% in 2018 to 25.49% in 2022 is an even more impressive achievement.

Read:  The Ukrainian war: What could the "Zs" inscribed on Russian vehicles mean

By comparison, Android’s market share has dropped from 77.32% in 2018 to 69.74% today. Although it doesn’t look like much, the 8% market share sold to rival iOS platform translates into significantly higher revenue for Apple, through the sale of iPhones and iPads.

One possible explanation for Apple’s success is the gradual expansion of its product offering to cover more affordable price segments, with series such as the iPhone SE and entry-level iPad tablets significantly contributing to the growth of the iOS user base. Certainly an important contribution is the tendency of users to keep older iOS devices in circulation for a long time, the good reliability and the software support offered by Apple encouraging a thriving second-hand market.

Read:  Oppo Reno 8 could be the first phone launched with Snapdragon 7 Gen 1 chipset But these things are not enough to dethrone Android, the open-source nature giving Google a decisive advantage in terms of large-scale adoption. In addition, the price of electronic devices is another reason why Android will remain at the top.

Research published by StockApps shows that in regions such as South America and Africa, Android dominates the local market a lot, Apple products being much more expensive compared to those of the competition. In South America, only 10% of mobile devices run iOS, while Apple’s operating system holds more than half of the North American market share.