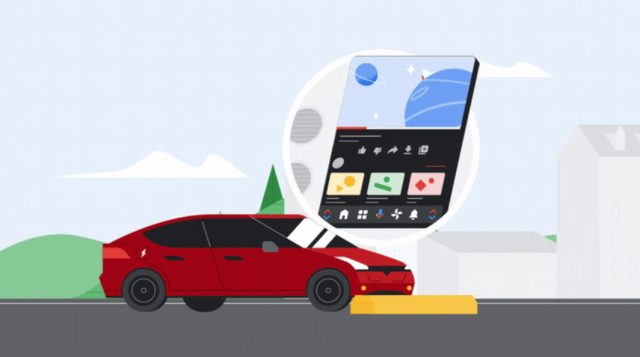 Announced by Google at the Google I / O 2022 conference, the new version of Android Auto borrows from Android 13 technology, offering completely new features and an interface version that can also work on screens with less common size and aspect ratio.

Expected in the middle of this summer, the new Android Auto interface promises more efficient display of travel directions, media checks and other news.

One of the novelties is the support for split-screen display mode. For example, if your car has an ultra-wide screen entertainment system, the Android Auto interface will no longer be constrained to a standard aspect ratio. You will also be able to access a way in which the interface is “broken” into two halves, spread either on different screens, or on the same screen, rendering different applications. With split-screen mode selected, you’ll still be able to access the main features of Android Auto, without having to go back to the main screen or search the list of applications.

Read:  After years of decline, Tumblr reintroduces nudity to the platform in an attempt to avoid bankruptcy

Obviously, the new interface will work best when played on a wide screen, with those using older generation navigation systems discovering only a slightly more efficient distribution of interface elements.

New features and extended support for Google Assistant, the system provides context-based suggestions that are useful while you’re behind the wheel. For example, when you receive a message, it will be notified and you will be able to reply using voice dictation. At the same time, you will find other relevant information such as the estimated time to the destination, suggestions for songs to listen to, etc.

Another novelty is that you will be able to send SMS or call your favorite contacts with a simple swipe command. Google hopes to persuade as many car manufacturers as possible to deliver Android Auto as a pre-installed feature on the car navigation system, working to expand services of interest to users such as YouTube, adding other options such as Tubes and Epix Now, their availability varying from region to region. However, the offer does not yet include Netflix, or other DRM-protected content services, although it may eventually be available with the parked vehicle.

With a substantially different look, the new interface is optimized for easier interaction using fewer controls on the touch interface and introduces a customizable color palette that is easier to adapt to your car’s design. At the same time, when starting the vehicle, Android Auto can be set to launch the favorite navigation application directly, without interrupting the music playing. In navigation mode, the interface may display visual directions for traffic orientation even if we use the screen to access other applications on the phone. Selecting a destination can be done by choosing from a list of recent routes, or using the voice command “Hey Google” to indicate the desired location.