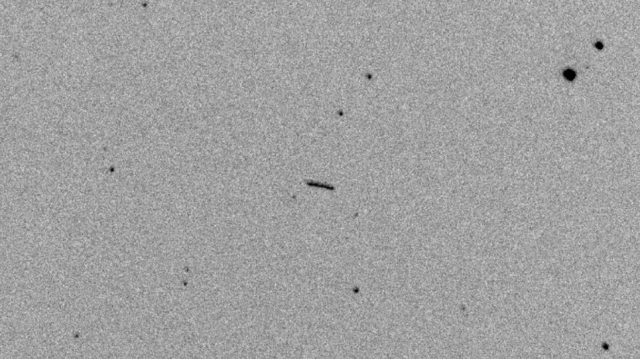 Recalling the famous incident in 2013 in the area of ​​the Russian city of Chelyabinsk, an asteroid exploded over an isolated region of Iceland, being observed only by pure coincidence by an amateur astronomer.

Fortunately, in the present case, the object discovered about two hours before the impact was small (about 60 cm in diameter), the explosion caused in the upper layers of the Earth’s atmosphere not being strong enough to cause damage to the ground.

According to the experience of Hungarian astronomer Krisztián Sárneczky, the discovery, reported directly to the European Space Agency, was not initially taken seriously, with calculations made by colleagues at the institute returning a probability of impact of less than 1%. However, Sárneczky insisted on communicating successive measurements with the trajectory of the car observed with the personal telescope, a total of 10 observations made in rapid succession leading to 100% probability of impact, the object labeled Sar2593 even receiving a “destination” fixed somewhere above Iceland. .

Read:  Netflix could introduce a cheaper subscription, but with a big disadvantage

With a size of less than 1 meter, Sar2593 was not classified as a dangerous object, as the energy released on impact with the atmosphere was too small to cause damage.

Leaving aside the absolutely harmless consequences of the impact of such a small cosmic object, the fact that it was discovered only hours before the impact and only with the contribution of an amateur astronomer, should raise some questions about the ability of mankind. to prevent such situations. For example, in the Chelyabinsk incident of February 15, 2013, the asteroid that exploded almost 30 km above the Earth was about 20 meters in diameter, and yet it remained undiscovered until the moment of impact. Instead, the kinetic energy given by its speed, estimated at 69,000 km / h, was transposed in an explosion 26-33 times higher than that of the Hiroshima atomic bomb, only the very high altitude limiting the damage caused to the ground.

Read:  Two useful machines in the workshop, available on Thursday