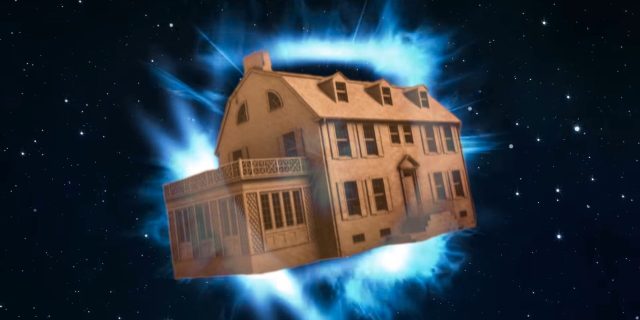 Because so many movies have been made about the infamous Amityville house over the years, the foray into space was only a matter of time. The house that served as the subject for “The Amityville Horror” and many other genre films for decades is now becoming intergalactic.

Directly from Wild Eye Releasing, the new movie “Amityville in Space” takes the haunted house and sends it there you could never have imagined, namely directly in space. And the script is, as you can see, in fact, in the trailer in the footer of this article, taken out of context and taken to some extreme.

“Amityville in Space”, the ridiculous movie you will watch despite the bizarre turn it takes

There are certain movies that you watch despite the ridiculous script, just to convince you if something can ever be so bad. Of course, before actually seeing the film we can not draw a conclusion, but judging strictly from the perspective of the idea of ​​the script, but also from the images in the trailer, “Amityville in Space” has a real chance to go through several stages. If, in the first instance, the film is considered to be an extremely bad one, it may acquire cult values ​​in years to come, no matter how strange this statement may seem at the moment.

Read:  VIDEO Oppenheimer finally gets a trailer: what we know so far about Christopher Nolan's black-and-white film

Based on Jay Anson’s novel, the original film “The Amityville” was released in 1979, followed by a number of others in the ’80s and’ 90s, including “Amityville II: The Possession”, “Amityville 3D”, or Amityville Dollhouse.

In 2005, Ryan Reynolds starred in an official remake of the original classic.

The trailer for “Amityville in Space” can be watched below: