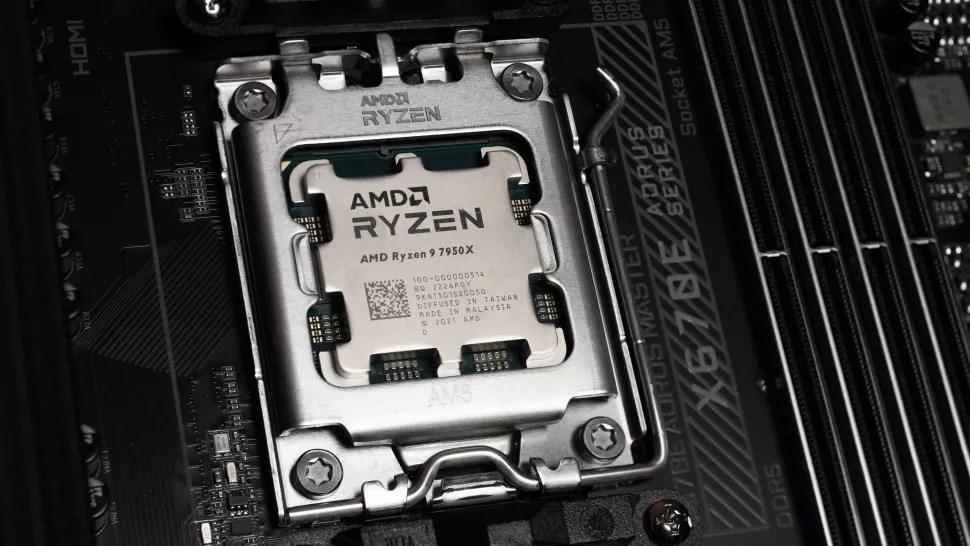 Already at a level where it can look somewhat relaxed towards rival Intel, AMD has unveiled the new Ryzen 7000 (Zen4) family of processors, with up to 29% higher single-core performance compared to the previous generation, and up to 45% in multi-core applications that favor the new CPU architecture.

Compared to the previous Ryzen 5000 series, the 7000 generation released two years later changes the manufacturing process from 7nm to 5nm, while keeping the cache virtually unchanged. Thus, the new Zen 4 design is physically smaller than the Zen 3, presumably, and less expensive to manufacture. However, pricing hasn’t seen any major changes, with AMD looking more to Intel to provide the motivation for price adjustments that make the offering more competitive.

Instead the performance increases shown are primarily due to optimization at the CPU architecture level, with Zen 4 being 13% faster than the Zen 3 core at identical operating frequency settings. The difference increases to 29%, however, after factoring in operating frequencies up to 800 MHz higher than previous generation CPUs. However, here we could say that AMD has “cheated” a bit, by applying much more relaxed power consumption limits. For example, while the predecessor Ryzen 9 5950X had a very reasonable specified TDP of 105W, the limit has been increased to 170W for the successor Ryzen 9 7950X, even going up to 230W for short durations. Basically, this means that the Ryzen 7000 processors are noticeably faster, but also more throaty than the previous generation of processors, putting pressure on the selected cooling/ventilation system.

According to AMD, the top-of-the-line Ryzen 7950X is 11% faster than its direct rival, the Intel Core i9 12900K, at a similar retail price. The Ryzen 5 7600X is also 5% faster in PC gaming than the 12900K at a price more than 50% lower. However, the latter comparison is forced, as the two processors with 6 and 16 cores respectively are aimed at very different consumer segments.

The AMD Ryzen 7000 (Zen4) processors will actually go on sale from September 27, along with a whole family of motherboards built around the new AM5 socket, they come with completely new chipsets and support for DDR5 memory modules, which you’ll have to include in your upgrade budget.