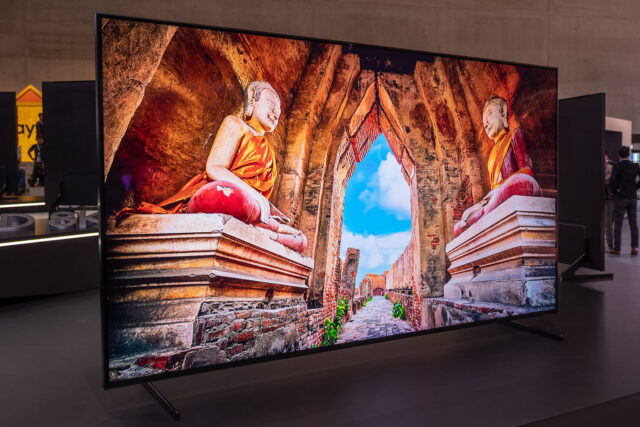 Samsung unveiled its new QD-OLED TV offering last year, with representatives such as the Samsung S95B impressing with both the sleekness and elegance of the design, but more importantly the quality of the picture displayed. However, sales didn’t go so well for the South Korean manufacturer.

According to the explanation found by specialists of the Omdia analysis company, the lower than expected sales are not so much the result of buyers’ hesitation at the price starting at 8200 Lei, asked in Romanian stores for the 65-inch model, as a consequence of Samsung’s inability to produce the new OLED TVs in sufficient numbers.

Specifically, the South Koreans faced early 2022 defect rates on assembly lines well above the predicted limits. The solution found by Samsung DX (the company’s TV division) was to postpone the launch of the S95B series for smaller markets. Even though the success rate in manufacturing QD-OLED panels passed 80% as of July 2022, it was too late to make up for the missed sales in the first part of the year.

Read:  How to Find The Best Undeniable Online Casino Reviews 2023!

The good news is that the growing success rate of QD-OLED displays will be reflected in the price lists, with successive cheapening inevitably leading to the “retirement” of the old LCD solutions.

Willy Rock - January 26, 2023 0
Sutterstock, one of the world's most popular photo sources, has officially launched its own AI-powered image generation solution. The company had already announced the...