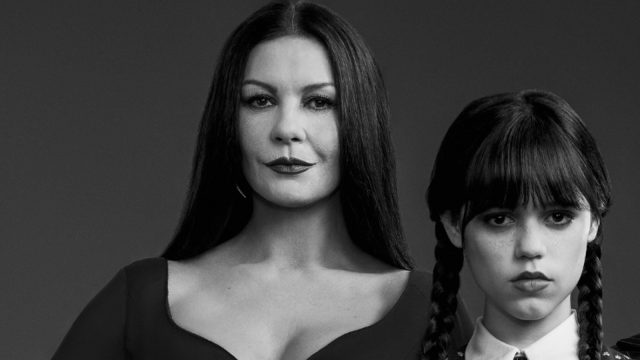 Wednesday is the latest production about the Addams Family and you can watch it, right now, on Netflix.

By the way, you may not know it, but Wednesday, directed by Tim Burton, managed to break the record previously set by Stranger Things for viewing hours.

However, before Wednesday, there were many other versions of and about The Addams Family.

Actresses who donned the famous black dress of The Addams Mortician

On September 18, 1964, ABC introduced the television version of The Addams Family. After winning over audiences in The New Yorker, Charles Addams and his quirky family metamorphosed into a series depicting the daily life of a family like no other. To play Morticia Addams, the producers cast Carolyn Jones.

Nearly thirty years after the initial success of the iconic series, director Barry Sonnenfeld wanted to bring the macabre family back to life. To play the creepy Morticia, he hired Oscar-winning actress Anjelica Huston. Clearly, the crown goes to Huston.

Described as the least popular of all the films about America’s strangest family, The Addams Family: The Reunion still remains a pop culture classic.

Ellie Harvie gave a more comedic performance than her predecessors in a sitcom aimed, mostly, at children.

Charlize Theron, was, in turn, Morticia Addams, but not necessarily in the sweet classic style, but in an animation.

Last but not least, Catherine Zeta-Jones is the latest actress to step into the shoes of Wednesday and Pugsley’s morbid mother. She can be seen, alongside actress Jenna Ortega, in the opening photo of this article.