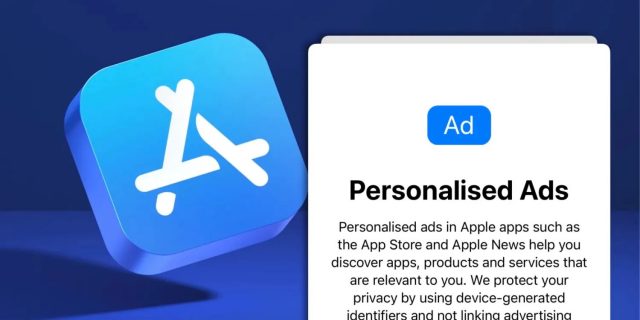 Apple hopes to offset the hardware sales cap by tripling ad revenue. This will mean iPhone, iPad and Mac users will see more ads displayed and more visible on Apple-run platforms like Search and Maps.

Ad revenue is currently generated from a few sources: ads displayed for searches in the App Store, ads on Apple News Maps, the Apple Stocks news section, and occasionally high viewability/high-ticket ads that are displayed during US sports competitions.

Soon, Apple will also start showing ads in pre-installed apps on devices (e.g. iPhone and iPad). At the same time, the company has announced its advertising customers will start seeing more ads in the App Store. The new ad sections in iOS 16 will allow advertisers to place promotional messages at the Today Tab section of the App Store, as well as at the bottom of product pages for other apps.

As Apple’s hardware sales growth has slowed over the past 5-6 years, Apple has continued to diversify the revenue opportunities of its services divisions, including its ad business. Apple first entered the ad market under CEO Steve Jobs with the iAd platform launched in 2010. The plan was for developers to place banner ads in iOS apps directly through Apple, rather than using third-party services like Google AdMob. iAd was largely a failure and was discontinued a few years later.

Today, the company is criticized for the way it plans to expand its own advertising business, even as it cripples the third-party-provided PR market by introducing all sorts of privacy features under the guise of protecting the interests of its own users, iPhone buyers.

Read:  Samsung is correcting the list of specifications for Galaxy S22 and S22 +. The screens are not LTPO

Given Apple’s positioning as a premium device manufacturer, the plan to increase revenue by showing more ads is risky at best for the American company, as annoying users with overly pushy or inappropriately placed advertising messages could erode brand image and motivate an eventual exodus of users to other rival ecosystems.