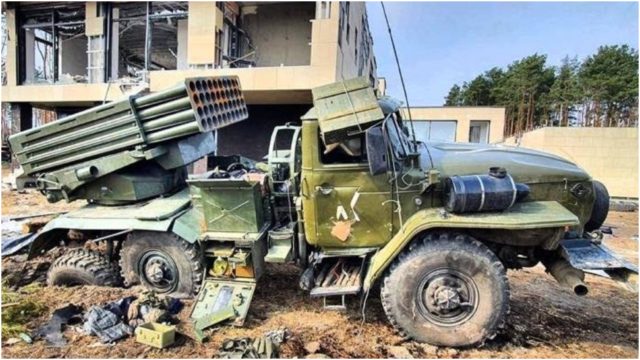 A Ukrainian millionaire asked the army to bomb his home after he saw through a security camera that it was occupied by Russian soldiers.

The house, recently built west of the capital Kyiv, was used by invaders as a base of operations. From there, the Russians coordinated rocket attacks and sorted stolen goods from the homes of fleeing citizens, according to the contractor.

Andrei Stavnitser did not hesitate and sent the coordinates of the building of the Ukrainian armed forces.

“I felt dirty when I saw some individuals walking through my house,” said Stavnitser, who is now helping refugees in Lublin, Poland. He also said on Good Morning Britain that the Russians undressed the security agents he owned and then sent them naked to the forest.

Read on Ukraine: Why the military often puts its face on the Stinger rocket tube before launch

Stavnitser is not sorry for the money lost: “I want to do everything possible for Ukraine to win, because we are safeguarding Europe’s security, and it is important to get these bastards out of our land.”

Good Morning Britain showed pictures of the destroyed house after it was bombed by Ukraine. Destroyed Russian equipment can be seen among the ruins.

According to Forbes magazine, Andrei Stavnitser has a fortune of about $ 225 million and is one of the 100 richest Ukrainians.

Read:  Google has removed from the Play Store one of the most harmful applications used to access bank accounts

There are many cases in which ordinary citizens of Ukraine have revolted against the invaders, and some incidents are unusual. A woman allegedly shot down a Russian drone after throwing a jar of pickles at her from the balcony, and in another case civilians from the Kharkov region killed several Russian soldiers after offering them poisoned cakes.