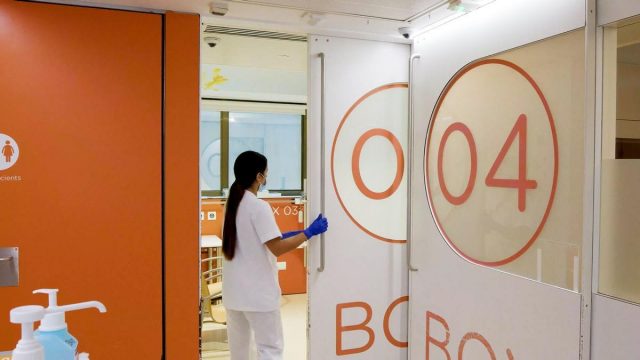 The sexual assaults in Barcelona have risen by 51% over the previous year. The Hospital Clínic of Barcelona, a benchmark in the approach to this problem in people over 16 years of age, has presented this Thursday the figures of the balance of the last year, which runs from January 1 to October 31, 2022. During this period, the emergency department of this health center attended a total of 556 sexual assaults occurred in the Catalan capital, compared to 368 in the same period of 2021 (a year that ended with a total of 468 assaults). In addition, the Clínic has attended 72 girls for possible punctures in nightclubs since the beginning of the year: in two of these cases there was a sexual assault. In neither were substances found in the victims’ bodies. Even so, the phenomenon of the punctures is considered male violence because it consists of generating terror in women. 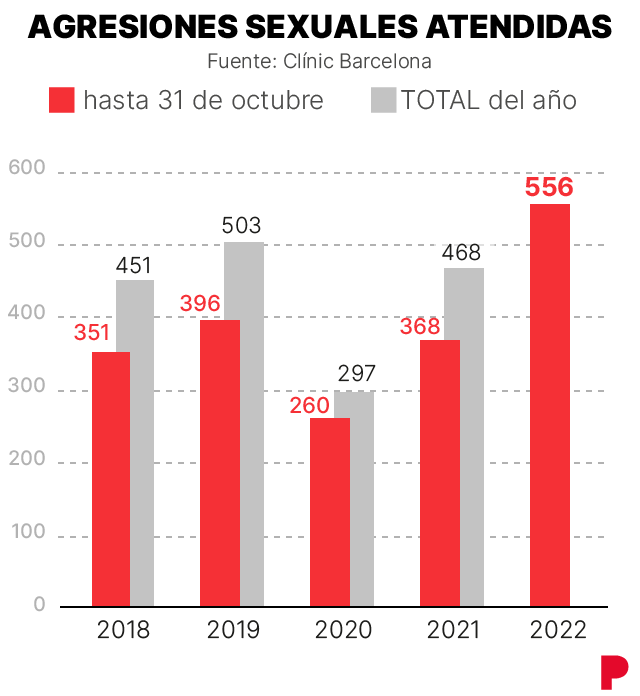 The alarming figures confirm the increase in rapes that the Mossos d’Esquadra had already warned about. 100% of the aggressions have been committed by men; 90% of the victims were women (502) and 10%, men (54). “We send a message of sadness and rejection. Our society, sexist and violent, is sick. It is dramatic that today, in the Barcelona of the 21st century, we have these figures,” said the general director of the Clínic, Josep Maria Campistol, at a press conference. The 65% of the assaulted persons were going out partying before the assault. About 60% had consumed alcohol at least six hours earlier. The ‘conseller’ de Salut, Manel Balcells, present at the press conference, announced that the Generalitat will develop a new protocol for the care of victims of sexual violence “putting the woman at the center”. 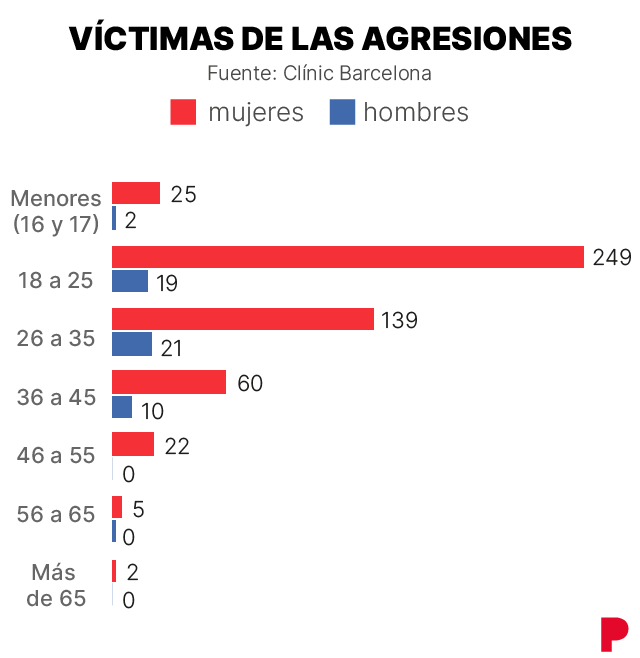 “We had never had this increase.” has said Lluïsa Garcia, psychiatrist and president of the Commission of Domestic and Gender Violence of the Clínic. By age, the youngest girl treated at the Clínic for sexual assault was 16 years old and the oldest was 82. 53% of the assaults were committed in under 25 years of age (they were 49% last year). And 72% of these under 25 years of age were “violently raped.”

“This group is of particular concern. Of great concern is their future health. Sexual violence is a public health problem and a priority health problem.” Garcia stressed. The demand for this service at the Clínic has increased by 5% this year And it may have to do with him being better known and trusted by women.

But the truth is that physicians have not been able to explain why of this rise in aggressions. “The pandemic may have taken its toll. We already know that young people have been more affected by confinement. But the question I ask myself is: are there more aggressors? I don’t know, but more people need to be put to figure out what’s going on.” Garcia said.

According to Teresa Echeverría, nurse and ER care coordinator at the Clínic and member of the center’s Commission on Domestic and Gender Violence, this increase may have to do with the fact that young women are more aware of the problem and “they are no longer as ashamed to come to the hospital for help”.

In fact, 54.7% of assaulted people come to the Emergency Department of the Clínic for own initiative. 23.8% arrive with police accompaniment and 20%, accompanied by another health service, such as EMS or CAP. “Sexual violence generates psychic sequelae. 65% present acute stress, the antechamber of post-traumatic stress. I have been working with these women for many years: there is no one who comes out unscathed from this situation,” Garcia said.

62.3% of women who are assaulted arrive at the Emergency Department of the Clínic on Fridays, Saturdays, Sundays and Mondays. Wednesdays are the days with the least attention in this unit. In addition, 53.5% of the people assaulted (269) are from local nationality, while 46.5% (233) are from outside. Sixty-five percent of the assaults were attended to within 24 hours of the assault. 81% within 72 hours.

Read:  What is the MERS coronavirus?

Where and by whom?

In 44.8% of the cases, the woman knew her aggressor, whether it was a man she had just met that night. But they are, for the most part, partners, ex-partners, healthcare workers, teachers, work colleagues, flatmates, someone they contacted on social networks, relatives, teachers…

In 44.8% of the cases, the woman knew her aggressor

The 10% of the aggressions to women were committed by more than one offender (two or three). There is one case of a committed by seven. Sixty percent of group assaults were committed on girls under the age of 25. In addition, 45.2% intended to report and 4.3% had already done so (compared to 40.7% and 7.4% respectively last year). 31.5% cannot think whether they will want to report the assault.