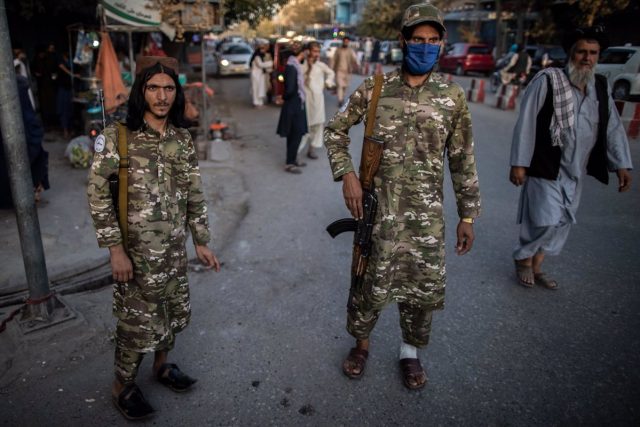 At least 20 people have died this Thursday due to an explosion inside a Shiite mosque in the Afghan city of Mazar-e-Sharif, located in the province of Balj (north), as confirmed by medical sources to the agency. of DPA news.

Ghosudín Anuari, head of the Abu Ali Sina-e-Balji Hospital, has stated in statements given to the Afghan television network Tolo TV that another 65 people have been injured in the explosion, registered in the She Dokan mosque in the city. Witnesses point out that the death toll is much higher and more than 50 people would have died.

Taliban sources cited by DPA have highlighted that the bomb exploded in the middle of prayers, within the framework of the holy month of Ramadan, after which the Islamic State jihadist group has claimed responsibility.

Read:  Nancy Pelosi is running for re-election in the US House of Representatives election

The branch of the group in Afghanistan, Islamic State Khorasan Province (ISKP) has indicated that more than a hundred people have died or been injured in the attack, according to SITE Intelligence Group, an agency specialized in monitoring terrorist groups.

The jihadist group, which considers the Taliban to be traitors to the orthodoxy of ‘sharia’ or Islamic law and defends a much harsher interpretation, has claimed several attacks since the insurgents seized power in August 2021, including several executed against mosques.

On the other hand, during the day there have been two other explosions in Kunduz, where four deaths and 18 injuries have been recorded, and the country’s capital, Kabul, where two children have been injured. On Tuesday, at least six people died when three bombs exploded outside two schools in a majority Shiite neighborhood of Kabul.

Read:  A Taliban delegation meets with representatives of the EU and the Persian Gulf in Qatar

The United Nations humanitarian coordinator for Afghanistan, Ramiz Alakbarov, has strongly condemned the attacks and has expressed his condolences to the families of those affected, while wishing the wounded a speedy recovery.

“The people of Afghanistan have already endured immense suffering and they must be spared these senseless and horrible attacks,” said Alakbarov, who has urged all parties to adhere to their obligations under international humanitarian law to guarantee the security of civilians and their installations”.