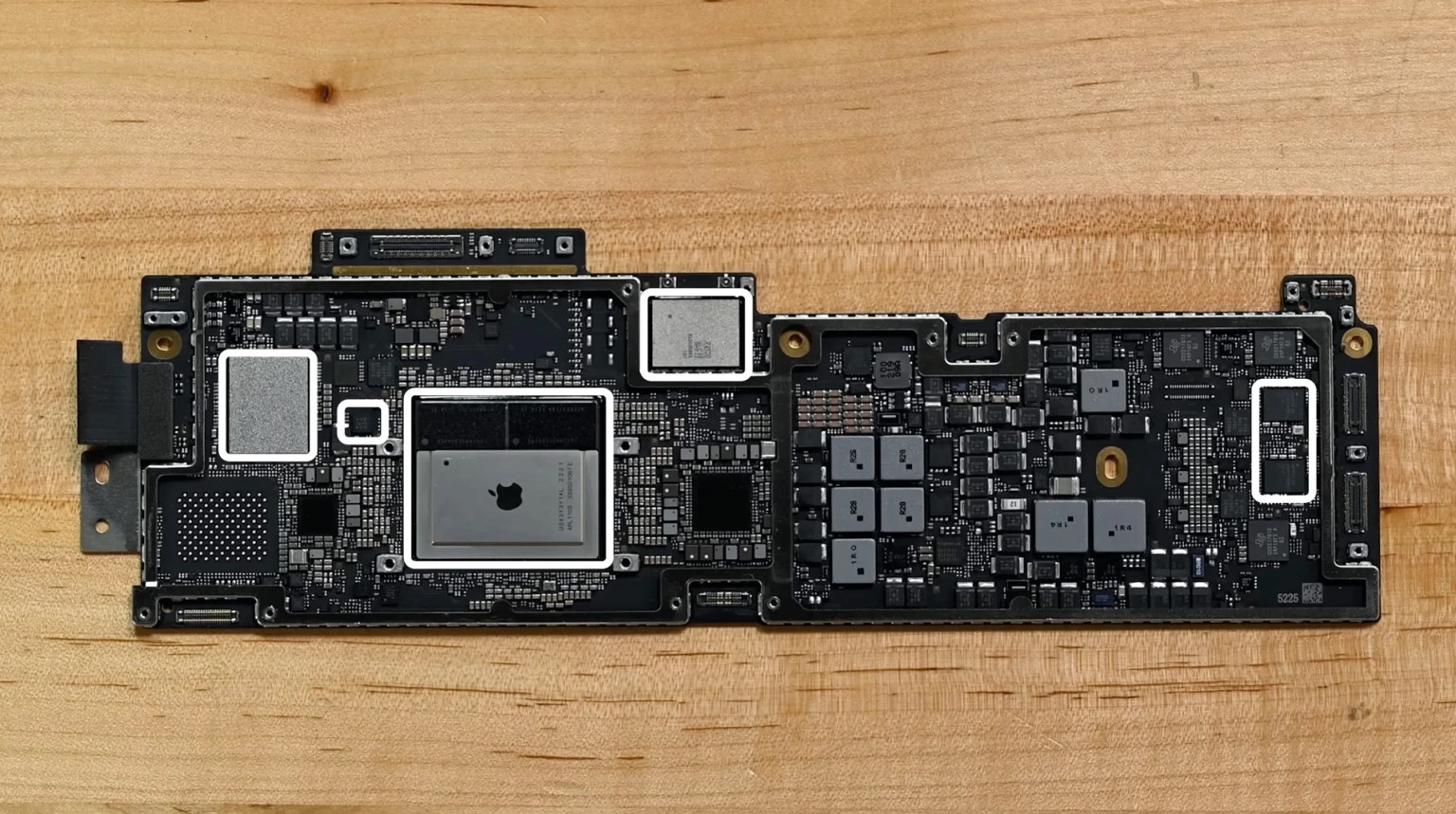 Apple’s decision to abandon the Intel processor platform in favor of a homegrown solution comes with advantages, but also disadvantages that are hard to ignore, with the new MacBook Air series with M2 processor being a good example of both.

Disassembled down to the last component by iFixit specialists, the new M2 processor MacBook Air laptop looks more and more like a tablet in a laptop body, with none of the components offering any way to upgrade, or even make repairs within a reasonable budget.

Ironically, the biggest change from the previous generation MacBook Air is in the speakers, with Apple optimizing a bit more for audio quality. Instead, the hardware side seems to have been designed for a generational swap with minimal extra cost, with the new M2 chipset coming as a ready-to-install solution on the already super-optimized motherboard to maximize component density.

The bad news is that those components prone to wear and tear, such as the SSD, can’t be easily replaced, the solution being to strip and re-apply the replacement component in a fully equipped service centre. And it most likely has to be an Apple-authorised one, as the American company is known for its habit of “pairing” hardware components through almost impossible-to-defeat software means. Basically, this means that even if you install an original component purchased at Apple’s asking price, you still won’t be able to use it unless you also have the specialised tools made available to approved technicians. The good news is that the M2 series MacBook Air can be disassembled by loosening just four screws placed at the bottom of the enclosure, the enclosure design at least seems optimized for non-destructive intervention. For example, Microsoft omitted this aspect in the design of the first Surface models, with any repair work amounting to at least partial replacement of the device’s case.

Interestingly, on the very cramped motherboard we can still find components from other vendors, such as USI for the Bluetooth and Wi-Fi chips. Basically, Apple designed only the most expensive components in-house, keeping a fairly long list of suppliers for less expensive sub-assemblies.

Also in the “other aspects” category is the 52.6 Wh battery, so tightly bonded to the case that any repairman will need a lot of time and unyielding patience for an extraction that doesn’t also involve irreparably deforming the case. The good news is that the Force Touch trackpad can be easily removed, from which we deduce that this component is probably much more reliable and won’t require much intervention.

Prices for the new MacBook Air start at $1,199, probably more if you’re in Europe.