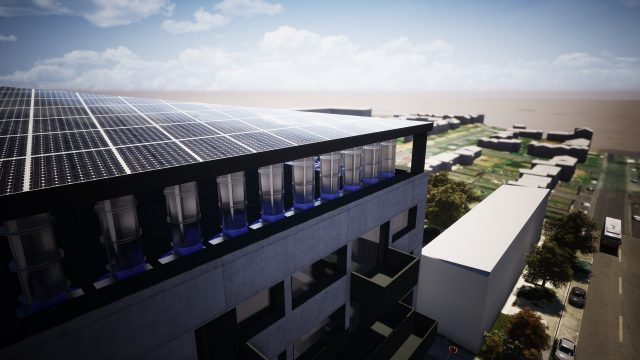 A French startup has developed a hybrid system for producing green energy, composed of wind turbines and solar panels.

The Uneole firm claims its technology produces 40% more energy than solar panels mounted alone on the same surface. The system entered the testing phase last year and will debut on the French market in 2023. Next year, the solution will reach other European countries.

The system can be installed on buildings with a flat roof and a height of more than 10 metres. “The taller the building, the less wind disturbance,” Louis Dubar, an engineer at Uneole, told PV Magazine.

The standard system includes 2,000 MW wind turbines that have solar panels on top of them. The array is 4 metres high. The power can vary according to the size of the building and the needs of the customer.

Uneole is currently developing algorithms to calculate the exact number of solar panels and wind turbines needed for each project.

Read:  vivo X80 with Dimensity 9000: the most powerful Android phone so far

The technology reminds us of another interesting system we wrote about recently. One company has developed a rooftop wind turbine that it claims can replace up to 16 solar panels. The system uses no propellers or other moving parts outside and was developed by Aeromine Technologies in conjunction with Sandia National Laboratories and Texas Tech University.