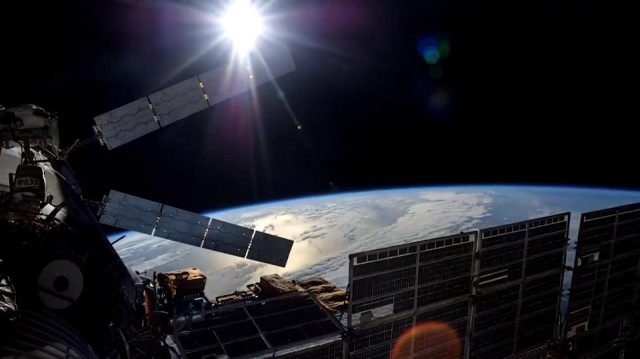 Since the beginning of the invasion of Ukraine, Russia has threatened its American and European partners that imposing sanctions on it would lead to the end of the International Space Station partnership. Former Roscosmos director Dimitry Rogozin, who was recently sacked, only suggested ending the partnership, but his replacement put in place by Vladimir Putin, Yury Borisov, repeated these threats. He has also come up with a deadline for when the space station will leave: 2024.

Russia is reportedly preparing to leave the ISS, but also to continue its space exploration efforts, but on its own:

“You know that we are working under an international cooperative arrangement on the International Space Station. Of course, we will fulfil all our obligations to our partners, but the decision to leave this station after 2024 has been taken. I believe that at that time we will be able to start assembling the Russian orbiting station.”Borisov said in an official meeting with Russian President Vladimir Putin.

Read:  Apple's main supplier claims there will be no problems with iPhone stocks, the semiconductor crisis is almost over

The plan is for Russia to leave the ISS and set up the Russian Orbital Space Station (ROSS), an effort on its own, similar to what China has been building for several years now. ROSS will become the main focus of the Roscosmos space programme. The first sketches of the Russian station have already been published on Telegram by Borisov. TASS will take over construction responsibilities for the first module of ROSS, which should be ready by 2025. The development of this module will not start from scratch, as it will be based on plans already made for a new power and research unit, originally planned for mounting on the ISS in 2024.

Russia is most likely trying to put pressure on its international partners on the ISS to loosen sanctions on the country. As a result of the sanctions, Russia will no longer be able to develop new equipment for launch into space, such as satellites and other devices that require chips based on US technologies. Russia has also threatened to stop supplying rocket engines to NASA, but there are already US-made private-sector alternatives the agency can turn to.

Read:  After years of decline, Tumblr reintroduces nudity to the platform in an attempt to avoid bankruptcy

According to NASA, “neither ISS partner currently has the capability to operate without the other,” suggesting that neither nation has the resources or equipment to establish a station on its own.

The International Space Station is scheduled for closure in 2030, to be crashed under control in the Pacific Ocean. NASA wants to make room after the ISS for private companies to put new commercial space stations into orbit.