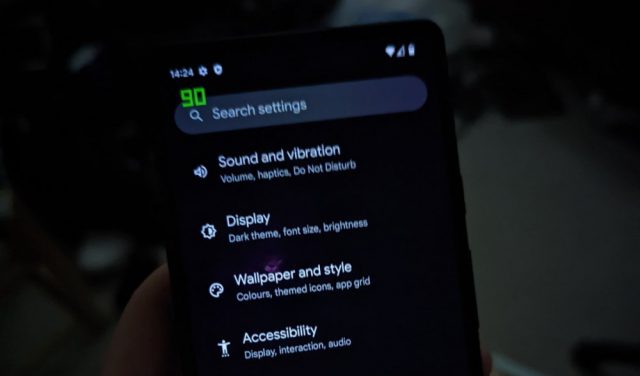 About $150 cheaper than the Pixel 6, the Pixel 6a comes with the screen artificially limited to 60Hz, with Google deciding not to offer users support for 90Hz, though the feature could be supported by the hardware used.

According to information obtained by disassembling the phone, the OLED display used is a Samsung-manufactured component that could theoretically support image refresh rates of 90Hz and even over 120Hz. In practice, this setting would have been hidden from the Android menus for marketing reasons and product positioning in the Pixel phone catalogue.

The good news is that the Pixel 6a’s screen can be “convinced” to run at least at 90Hz, as the phone’s chipset and motherboard also support this mode. The bad news is that Google’s unapproved change involves editing Android system files, most likely on phones that have been rooted first. Furthermore, changes that involve overriding the mode for the video driver are not for everyone and may be reversed in the next firmware update.

The unlocked functionality appears directly in the Display menu, where the “Smooth Display” option can be checked just like on non-a Pixel 6 phones.

Somewhat amusingly, it would seem that the Pixel 6’s functionality is also partially limited, with Google hiding the 120Hz refresh option reserved for the Pro model.