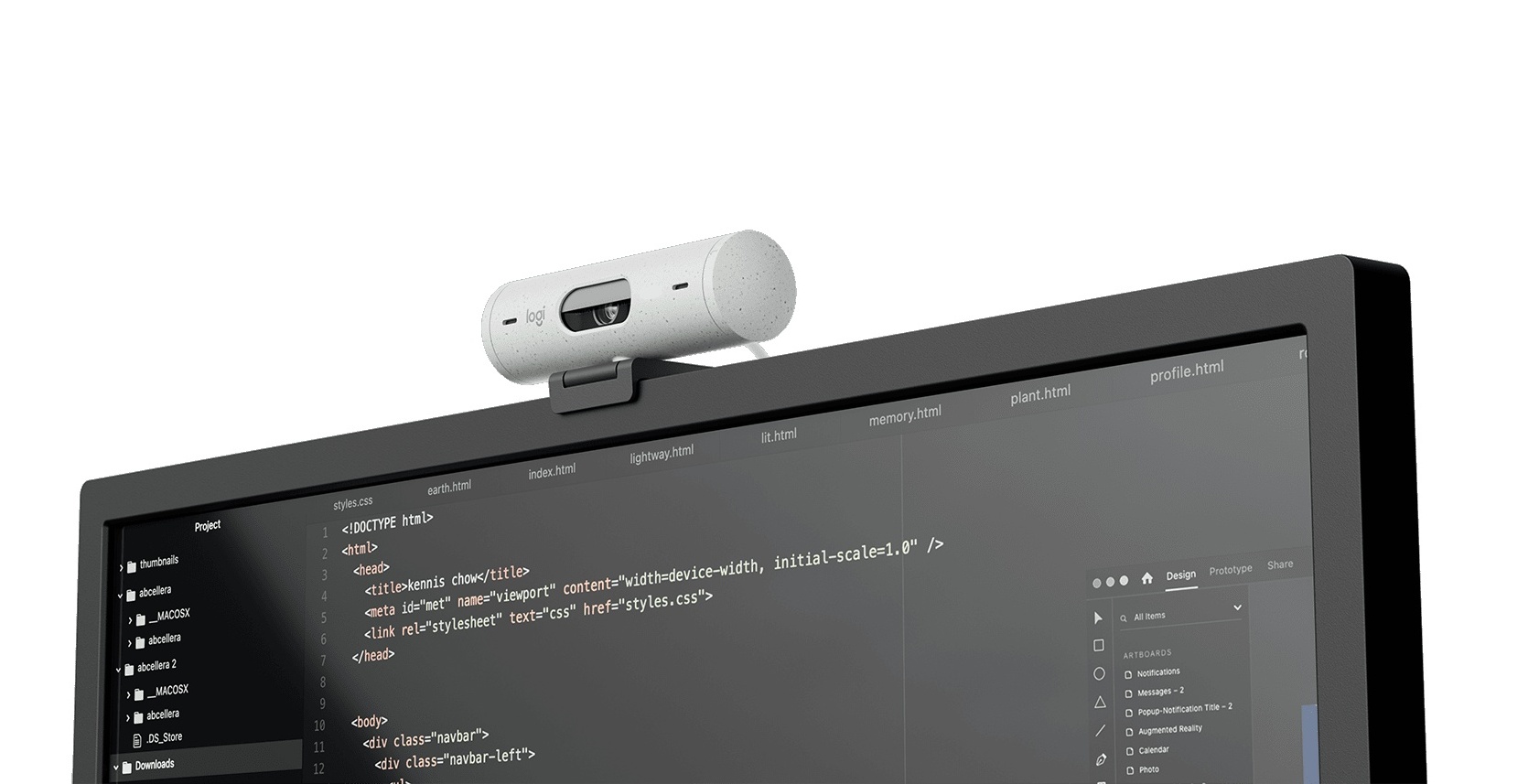 Logitech has announced new products for those who still work from home and need comfortable, high-performance video capture peripherals and headsets to keep in touch with colleagues. The Brio series thus gets a new member, the Brio 500, while a new series of headsets, the Zone Vibe, now joins the company’s portfolio. These are priced to match the performance, but the expectation is probably that they will be bought by companies for their employees.

The Brio 500 is a new Full HD webcam, not 4K as we’ve come to expect from the Brio series. It’s equipped with some very advanced software features, such as RightLight 4, which automatically adjusts image settings to deliver quality shots even in low light, as well as other features like auto-framing, which tracks the subject in the frame, or Show Mode, made specifically for showing objects on a desktop. The camera has an ultra-wide lens and a system that allows vertical angle adjustment. It also integrates a privacy system, which covers it with a physical cover.

The Brio 500 will also be available in a Brio 505 variant, which allows large companies to control and update their entire camera fleet to the latest firmware directly through their own network system. Brio 500 cameras will be available from September in white, black and pink colour variants. The price is 689 lei. The Zone Vibe 100, 125 and Zone Vibe Wireless headphones appear to be basically the same pair of headphones. The 100 model comes without a USB dongle, so they can be connected directly over Bluetooth, the 125 model also uses a dongle for more stable connections, and the Zone Vibe Wireless is the model that can be used in a “fleet” for management in corporate management systems. The first 2 models are launching soon, and the advanced model only in December.

Read:  Sabotaged by your own tweets? Elon Musk could be forced in court to complete Twitter acquisition At their core, these headphones are similar in design and performance to the Logitech G435 gaming model, weighing in at just 185 grams, with 20 hours of battery life and textile material in the skin contact areas. The construction is otherwise made of plastic. The only major difference is the presence of a moveable microphone, as the gaming version has an armless microphone.