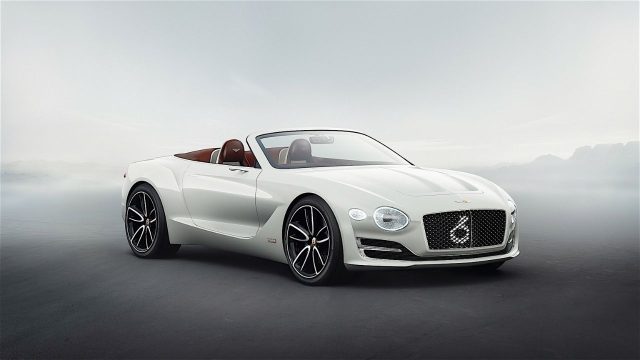 Bentley’s first all-electric model will be built in Crewe as part of a $ 3.4 billion investment by the automaker in sustainability.

Bentley will begin production of its first all-electric car in 2025 as part of a £ 2.5bn or $ 3.4bn investment in sustainability over the next 10 years.

The electric Bentley will be built at the carmaker’s factory in Crewe, England. It is a critical step in Bentley’s plan to move its full range of models to fully electric vehicles by 2030, the automaker said in a statement.

The investment will partially pay for a new assembly area called the Bentley Dream Factory at the Crewe plant.

In a statement, Bentley described it as a plant with little impact on the environment.

Read:  General Motors and Honda have signed a partnership: how it helps us, what it means for consumers

“Securing the production of our first BEV in Crewe is a milestone for Bentley and the United Kingdom as we plan for a long-term sustainable future in Crewe,” said Bentley CEO Adrian Hallmark.

The electric car is expected to be a version of a luxury model with advanced self-driving functions, developed by Audi, which oversees Bentley within the Volkswagen Group. The bodies will be built alongside the Audi ones at the VW factory in Hanover, Germany, and then shipped to Crewe.

Bentley had a record year in 2021 as global vehicle sales rose 31% to 14,659, driven by continued high demand for the Bentayga SUV.

Read:  Honda continues to innovate: what HALO is, what it helps

One-fifth of Bentayga’s sales were plug-in hybrids, giving the brand the leading position in electrification ahead of rivals such as Aston Martin and Lamborghini. Bentley has said it will sell only plug-in hybrid and pure electric models from 2026.

Bentley will be defeated by British rival Rolls-Royce, owned by BMW, to be the first ultralux brand to offer a pure electric vehicle. Rolls-Royce has announced that it will launch its first all-electric car, the Specter coupe, in 2023, two years before Bentley.

Ferrari will launch its first all-electric car in 2025, while Lamborghini has said its first EV will appear by 2030.