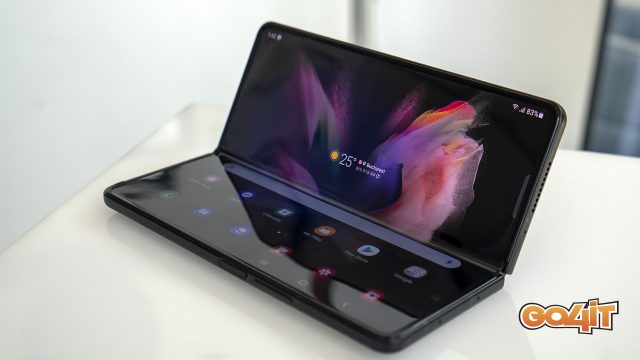 Samsung’s next-generation foldable-screen smartphones could solve some of the biggest problems in this category. Since the first Fold, the company has used a two-hinge design, one up and one down, for better hardware resistance over time, as well as a consistent experience with each use. However, it seems that the Galaxy Z Fold4 will change this design, allowing a thinner design and a lighter device.

The big difference from the Galaxy Z Fold3, in terms of construction, will be the use of a one-piece hinge. It will thus be moved from the extremities to the center of the device. It seems that Samsung has found a way to not compromise the experience and durability of this component, which has the effect of achieving a slimmer design and reducing the weight of the phone.

Read:  Netflix confirms the preparation of a cheaper subscription

A few hardware upgrades are expected for the Galaxy Z Fold4, and probably a smaller hinge and a more compact device were needed to house them in the case. That’s because the Galaxy Z Fold4 will most likely be Samsung’s first foldable with integrated S-Pen. Last year, the Z Fold3 had support for the S-Pen, but it was external, and could be attached to the phone with a dedicated case.

It allows the device to be thinner & lighter while also saving costs and being more durable.

In this picture we see the two hinges on the Z Fold 3, the Z Fold 4 will have just one in the center. pic.twitter.com/YZkiCVN6Re

Then Samsung could integrate an improved camera. The Fold series of devices is limited to 12 megapixel sensors with a modest zoom compared to other models of the company. The Galaxy Z Fold4 could thus be equipped with a 3x zoom, similar to what we have seen in recent years on the S20, S21 and S22 models.

Read:  Lidl has a rich offer of kitchen appliances

Samsung could launch Galaxy Z Fold4, along with a new Galaxy Z Flip4 model in the second half of the year. Traditionally, the company held a presentation event for the Note series in August. Now that Samsung has dropped it, the Galaxy Z models are on display during this period.