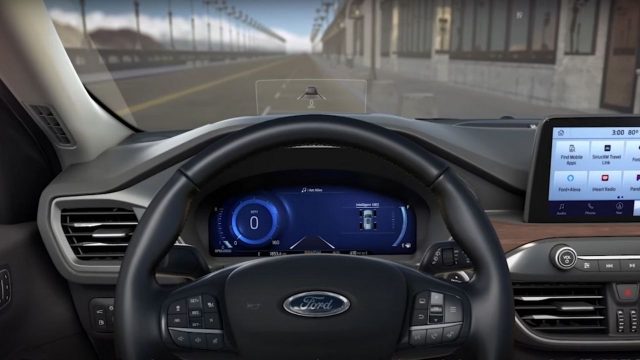 Ford does not intend to stop bringing useful technology to the general public.

In fact, the American manufacturer has thought of a better way to use augmented reality (AR) in cars. It may sound like a trick for now, but here’s why it’s really cool and useful.

If you drive often, then you have certainly had days when the road was simply not a safe place because the sun was shining very brightly at sunrise or sunset. Add a wet road to this equation and you’ll get a recipe for the perfect disaster.

You can try to wear glasses or parasols, but there are times when it is really difficult to see the right way. Ford wants to help you with this, giving you enhanced augmented reality in a future car from the Michigan manufacturer.

Read:  VIDEO The Super Mario Bros. Movie has a new trailer: when you see the movie in cinemas

While Mercedes-Benz has made headlines with its AR navigation, which is now slowly moving towards more luxury or premium cars, the technology is widely known because it has been used in mobile gaming.

Ford continues to invest in technology

According to a recent U.S. Patent and Trademark Office (USPTO) file, Ford has another use for AR. The car manufacturer intends to install this system in a car equipped with a head-up display. The company calls it “Improved User-Centered Path.”

This invention “can guide the route of the vehicle (…) in the event of sunlight.” Read the wording carefully and you will see that Ford is not yet ready to take responsibility for the operation of this technology as always expected.

Ford’s new patented AR system will use the HUD, cameras, GPS and radars to design the driver’s path on the windshield. In essence, it gives you a different set of eyes. In addition, it will be able to adjust settings such as brightness, contrast and color on its own to ensure that the person behind the wheel sees what information is being shown to them.

The AR system will also know when to activate itself, based on data such as driver status, speed, location or the weather at a certain time of day.

This technology is not limited to cars or trucks, as Ford is looking to install it even in vans or buses.

It is important to note that patents are not necessarily a guarantee of production. The American carmaker just wants to make sure that his invention is protected by law.