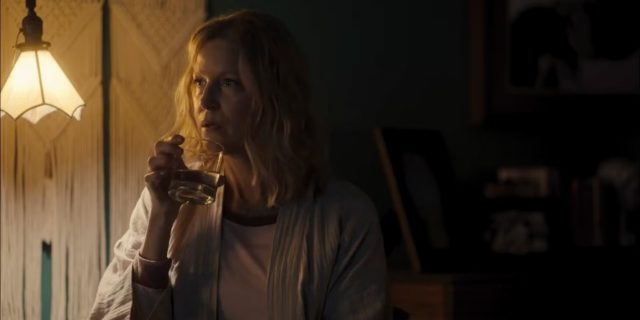 Breaking Bad star Anna Gunn can be seen seeking revenge in the first official trailer for upcoming thriller, The Apology.

The first official trailer for upcoming thriller The Apology shows Breaking Bad star Anna Gunn desperate for revenge. Gunn began making a name for herself with her recurring role as Deputy District Attorney Jean Ward on ABC’s hit series The Practice and HBO’s hit western Deadwood as Martha Bullock before landing the iconic role Gunn will be forever linked to.

Best known for her portrayal of Skyler White on the famed AMC drama Breaking Bad, Gunn earned three Emmy nominations for Best Supporting Actress in a Drama Series, winning two of them. It was previously announced that Gunn will helm the upcoming Christmas thriller The Apology.

The Apology, the perfect holiday thriller

RLJE Films has now released the first official trailer for the upcoming thriller The Apology, starring Gunn. The first look at this upcoming thriller highlights the emotions that the film’s lead character, Darlene (Gunn), is forced to deal with on a snowy Christmas Eve, the 20th anniversary of the disappearance of her daughter, Sally. The Apology trailer features an unwelcome family member, a crippling snowstorm, and a heavy secret that could quickly escalate into a violent revenge game.

The thriller The Apology will see Darlene (Gunn) trying to spend a quiet Christmas Eve night with her best friend Gretchen (Janeane Garofalo). Later that evening, Darlene’s ex-brother-in-law Jack (Linus Roache) arrives unexpectedly with a strange knock on the door, gifts and an abundance of controversial questions, prompting the audience to speculate whether he himself is, in fact, who is behind the disappearance of Darlene’s daughter Sally.

In addition to Gunn, Garofalo and Roache, The Apology will also feature actors Holland Bailey, Esmé McSherry and Zena Leigh Logan in its cast. The upcoming thriller will mark the feature debut of writer-director Alison Star Locke.

Michael Meyers - January 26, 2023 0
There are a lot of weird laws around the world. We've rounded up some of the weirdest laws in the world, from not allowing...