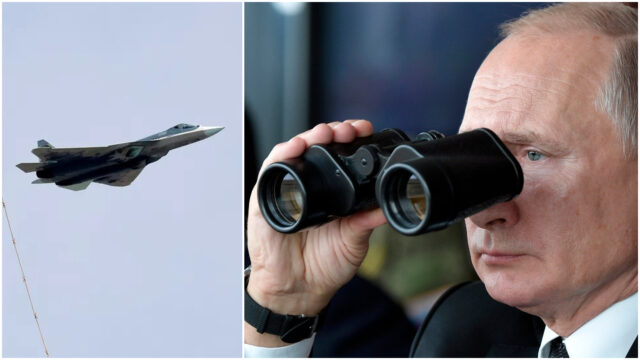 The Sukhoi Su-57 has been touted by Russia as a military aircraft without equal. Yet the aircraft was almost absent from the skies over Ukraine during the war. There are several explanations for this: Moscow has few units or does not want any of the planes to be shot down and its secrets to fall into American hands.

According to some experts, the Su-57 really is hiding a big secret. The “Felon,” as it is called within NATO, is not a truly invisible plane on radar, just one that is harder to detect.

According to TheAviationGeekClub.com, the Su-57 can hardly be described as a “stealth” aircraft. Journalists there spoke to several experts and did some serious research before making this claim.

Experts consulted by the quoted source say the aircraft has a much higher radar signature than the rival F-22 Raptor or F-35 Lightning II. According to aviation expert Abhirup Sengupta, this is because, for cost reasons, the “Felon” was not designed from scratch. Like many other Russian military aircraft, the Su-57 is based on the Su-27 platform. For example, the aircraft does not have serpentine intakes, which significantly enhance the aircraft’s stealth capabilities, but uses standard ones.

Even so, Russia has always claimed that a Su-57 can easily destroy an F-35. “The Su-57 has no rivals among fifth-generation aircraft. (…) The Su-57 will easily kill an F-35 if they meet one versus one,” Sukhoi chief designer Mikhail Strelet said in 2018.

In modern air warfare, however, dogfights between aircraft are extremely rare. In a close-quarters dogfight, if it were to happen somehow, the Su-57 could destroy a less maneuverable F-35. But most likely the Russian aircraft could never get close enough to pose a problem to an F-35, as the American aircraft has very advanced electronics and is supported by many other ground (e.g. Patriot) or airborne (AWACS) systems.

In conclusion, the data shows that the “Felon” is more of a 4.5 generation aircraft, similar to the KF-21 “Boramae” developed in South Korea.