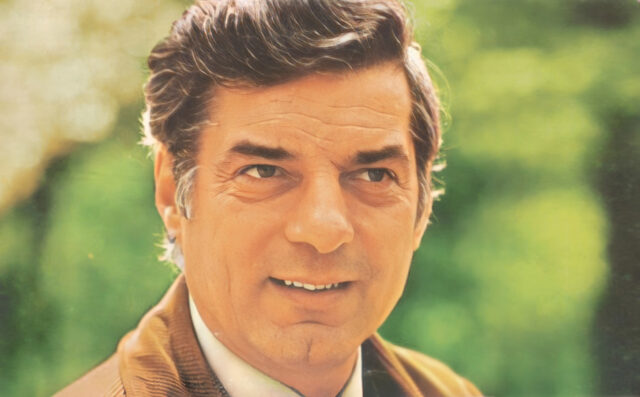 Silviu Stănculescu was one of the most beloved Romanian actors of the “golden generation” of cinema in our country.

Endowed with a special elegance, the artist who died more than two decades ago managed to give you the impression that he came from a family of aristocrats, and this characteristic obviously did not go unnoticed.

Silviu Stănculescu was born on 24 January 1932 in Timișoara, and in 1957 he managed to be assigned to the Municipal Theatre of Bacău, after several obstacles.

His career was a long and exceptional one, but an event could have motivated Stănculescu to give it up before it began.

In 1951, he left the Theatre Institute disillusioned after a secretary allegedly refused to enrol him. Fortunately, however, this little hiccup didn’t stop him; in fact, it spurred him on to take the IATC auditions a year later, earning him acting student status.

Silviu Stănculescu was accused by theatre bosses of having an asymmetrical face, trying to discourage him.

Throughout his career, he acted in about 50 films and plays, but he also worked in radio, having a passion for Mihai Eminescu’s poems which he recited with a talent out of the ordinary.

Read:  The Mystery of Marilyn Monroe: The Unheard Tapes, the new Netflix documentary about the life and death of the actress who marked generations

From 1981 to 1990, he was director of the Comedy Theatre, to which he remained faithful throughout his career.

His last performance was on 13 June 1998 in the play My Fair Lady. Here, Stănculescu played the role of Professor Higgins.

“He was in the booth writing away. He had a column in the daily newspaper Pro Sport, which he called “Sport and Art”. Among other things, he told me he was going on holiday to Kusadasi. His children, Catrinel and Radu, were already grown up and he was planning for the first time to go on holiday with just his wife, to whom he had been married since 1957.

They had never been on holiday abroad. He was told that the resort was excellent and they were going to spend two weeks away from everything. Little did he know that this would be their first and last real holiday”, Silviu Stănculescu told his colleague Candid Stoica at the time.

Read:  What does George RR Martin think about House of the Dragon, but also about the script changes in the upcoming HBO series

Silviu Stănculescu was awarded the Order of Cultural Merit 4th class (1967) “for outstanding merits in the field of dramatic art”.

He will always be remembered for his roles in Paratroopers, Conspiracy, No Way Through Here, The Trap, Escape, Revenge, The Golden Train, Mircea, The High Schoolers, We, the Front Line, The Triangle of Death or Carol I – A Destiny for Romania, among many other films, of course.

Although he was courted by many women throughout his youth, Silviu Stănculescu married his former classmate from the Commercial High School in Caracal, Corina Pârvulescu, in July 1957. She, too, had graduated from the Institute of Economics and Statistics and had not yet turned 23 when they married. He, in turn, was 25.

Their first child, a girl they named Rodica, was born in 1962, but the little girl unfortunately died four years later in an accident. Two years later, the Stănculescu’s had a second child, Catrinel, and in 1970 their third child, Radu, was born.