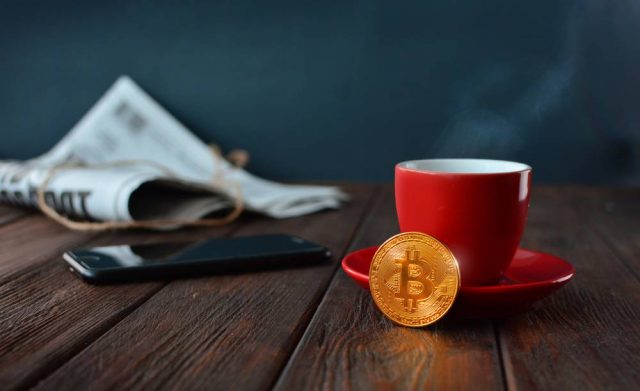 Senate mission on dangers from cryptocurrencies; BNP Paribas and the tokenization; War from metaverse; Ledger goes to the NFT, Bitcoin (BTC) is back in the black… Thenews crypto of the week.

The crypto-currency markets are still wavering. The prices showed this week a recovery, as the price of Bitcoin and Ethereum, driven by the impending merger or Merge. On the eve of the Fed’s rate announcements, the trend was reversed again.

However, the financial markets seem to have been reassured by the policy of the American central bank, which confirmed a rate increase. In the wake of the stock markets and in particular the Nasdaq, Bitcoin regained the value it had given up the day before due to the strong correlation with the traditional stock markets. At the time of publishing this crypto recap, BTC is quoted over $23,700 and ETH is flirting with $1,700.

Crypto or the phantom threat?

Between the deputy Aurore Lalucq and the crypto-asset industry, the passes of arms are frequent. The sector may have another opponent displayed within the French political class. The senator Nathalie Goulet has tabled a motion for resolution in the Senate.

This supports the creation of a senatorial mission on the crypto-assetsincluding a state of the art. However, the aim is not to address the benefits of digital assets, but to establish the dangers and illegal uses. The senator is concerned about the “strong admiration” aroused by crypto-assets, and this “in defiance of the absence of any regulation and their proven dangerousness.”

Societe Generale is of course not the only international bank to take a close interest in the blockchainization of traditional market finance. Several institutions are working with the Banque de France through works in the field of digital money.

This is the case of the group BNP Paribaswhich has multiplied its projects over the last two years. In 2022, the first European bank is even accelerating. In July, it collaborated with EDF ENR in the first tokenization of a bond for a renewable energy project. For custody, it has also selected Metaco. Its ambition: to bring together traditional and digital assets.

Meta Vs Web3: the war of the virtual worlds

Two radically opposed visions clash on the metaverse, those carried respectively by the Web2 and Web3 actors. In June, the major “traditional” digital players met to define common standards. Among them, MicrosoftSony or Meta.

The web industry3 and the open metaverse has chosen to create its own standardization consortium in the form of a DAO. This is for theOpen Metaverse Alliance for Web3 to defend its vision of the metaverse, in no way comparable to that of Meta. The advertising and personal data mining giant is spending billions of dollars every quarter to establish itself in this sector. In the US, however, the regulator could put a spanner in the works.

Despite a sharp slowdown in financing for the benefit of companies in the crypto industry, the channels have not completely dried up. This is demonstrated this week by several blockchain projects, including that ofAptos. Founded by former Meta (Facebook), the publisher is developing an L1 blockchain focused on “games, social networks, media and finance”. And this one raises another $150 million this week.

Unstoppable Domains also convinces with a valuation that now reaches the billion dollars. Domain name provider Web3 has raised $65 million, rising to the rank of unicorn. The fall in crypto asset prices should not make us forget the potential of the sector. The VC crypto Variant reminds it with the constitution of two new funds for a total amount of 450 million dollars.

Ledger diversifies with an NFT marketplace

Diversification goal for French crypto unicorn Ledger. The physical wallet maker now has its own marketplace for non-fungible tokens or NFT. The marketplace had been announced in June. It has now opened its doors.

In order to beat the recall, Ledger distributed 10,000 Genesis passes in the form of NFTs and redeemable for a limited edition Black-on-Black of its flagship wallet Nano X. This collection of tokens quickly gained traction, taking the top spot on OpenSea in terms of volume traded on opening day.

What you also shouldn’t have missed:

Every Sunday morning on RoyalsBlue.com, find “the Crypto Recap”, a section gathering the main crypto news of the week.