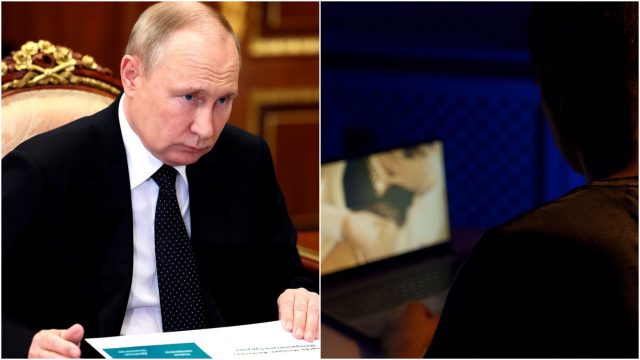 Because of the authoritarian regime in Russia, many Russian citizens don’t know much about Putin’s war in Ukraine. People get filtered information, mostly from TV, and there is almost no independent press.

Ukraine is trying to reach out to ordinary citizens in Russia and is exploiting popular Russian internet destinations such as adult and betting sites. Among the people trying to tell Russians the truth is Anastasia Baidacenko, head of Ukraine’s Interactive Advertising Bureau (IAB).

The organisation she heads uses advertisements on the websites mentioned to convey information. “Adult and betting websites have a Russian audience, and advertising platforms can sell us this traffic,” she told Business Insider.

Any effort is welcome. At the beginning of the invasion, many families in Russia didn’t believe it when their relatives in Ukraine told them they were being attacked by Russians.

Baidacenko explained that he prefers these sites and because on them users don’t usually use ad-blocking services like AdBlock or AdGuard. However, the IAB chief has problems with campaign funding.

Baidacenko’s strategy is supported by Jemimah Steinfeld, editor-in-chief of Index on Censorship. “To fight censorship you have to use everything you have against it,” she said.

Read:  Google has officially enabled Passkeys support in the Chrome browser, technology that eliminates the need for passwords

However, Steinfeld cautions that many Russians may regard the videos they stumble across on the sites they visit as mere Ukrainian propaganda: “When you’ve only got one side of the story, the other side might be dismissed as propaganda.”

However, many Russians feel that the information they receive is not the real thing. Spending on VPN services, which allow Russians to escape surveillance and access information published in other countries, has increased significantly since the outbreak of war in Ukraine.