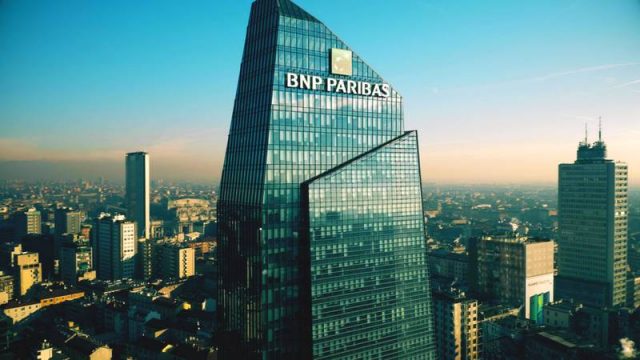 Already involved with the BoF in the tests of a CBDC, BNP Paribas is also developing the bond tokenizationas with EDF ENR. But the bank also prepares the industrialization of the custody of digital assets.

While major French banks remain aloof from crypto-currencies such as Bitcoin or Ethereum, they are nonetheless active in the tokenization and digital assets.

Societe Generale has set up a dedicated subsidiary in this context: SG-Forge. It is also the initiator of a compliance framework for blockchain finance, CAST. Other financial players are also preparing for the transformation of the sector.

BNP Paribas is a player in tokenization and security tokens

For more than a year, leading banks have been participating in experiments conducted by the Banque de France on central bank digital currencies (CBDC or MNBC). Examples include BNP Paribas, Crédit Agricole CIB and HSBC.

First bank in the euro zone, BNP Paribas has been working in the field of digital assets and blockchain for several years now. In Belgium, BNP Paribas Fortis operates the application Kube to fight against fraud.

In the U.S., the group is looking at JPMorgan’s Onyx Digital Assets to conduct short-term trading on fixed income markets. In Asia, its subsidiary BNP Paribas Securities Services signed a partnership with Digital Asset.

The objective for the company was to design blockchain applications for real-time exchange and settlement based on DAML smart contracts. This same subsidiary launched a pilot with Curv on the transfer of security tokens.

Read:  Kim Kardashian in turmoil over lawsuit for promoting EthereumMax

Priority to security tokens not Bitcoin

This step prepared the provision of custody services. But in this area, BNP Paribas will be working with another market provider. The contract with the Swiss Metacoalso a partner of Societe Generale and Citi, was made official last week.

This commitment to the custody specialist was initially misinterpreted. Many observers of the Web3 ecosystem suggested that this information was preparing the arrival of BNP Paribas in the crypto-currency market.

Moreover, the announcement made earlier in July by the French banking group perfectly reflected this orientation. In a press release dated July 12, it presented its collaboration with EDF ENR in the context of the first tokenization of a bond for a renewable energy project.

First bond on the Ethereum blockchain

For this project, BNP Paribas “structured, tokenized and distributed a bond intended to finance a solar energy project carried by EDF via its subsidiary EDF ENR.” While the bank does not use cryptocurrencies, it does exploit the public blockchain, Ethereum in this case.

BNP Paribas CIB’s Chief Digital Officer, Arnaud Boyer, emphasizes the company’s interest in the tokenization of the TradFi. This transaction “is fully in line with the bank’s Growth, Technology and Sustainability 2025 development plan,” he promotes. The French bank also intends to develop its activities in this field.

This innovation creates new bridges between issuers and investors and provides our clients with a unique end-to-end ESG financing solution – from origination to distribution, including custody,” the CDO further states.

To accelerate in this sector, BNP Paribas must develop its skills and infrastructure in the field of conservation. This is the objective of the merger with Metaco and the exploitation of its Harmonize solution.

Cohabitation of traditional and digital assets

For BNP, as for its competitors, the challenge is to enable “its institutional clients to store, issue and settle digital securities alongside their traditional assets in a secure, compliant and scalable manner.”

Wayne Hughes, the head of digital assets at BNP Paribas, confirms this in no uncertain terms. Bitcoin and other cryptocurrencies are not, as of today, the news, nor the priority.

Our goal is to provide our clients with a single view of traditional and digital assets, for full transparency, greater operational efficiency and better risk management.”

To carry out this project, BNP Paribas has enlisted the services of various partners, including. ExaionEDF’s blockchain subsidiary. In a statement sent to RoyalsBlue.comThe De Gaulle Fleurance legal group, associated with KiloWattSol, also mentions its role in the project on the audit side.