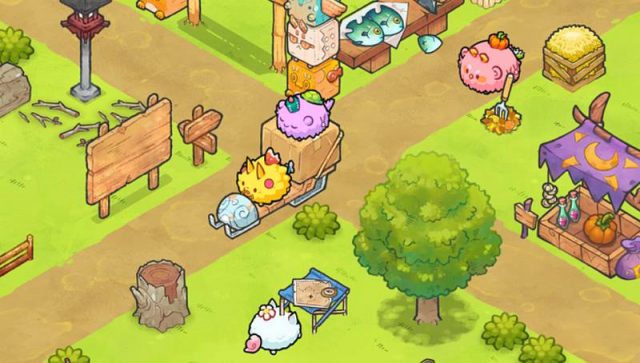 Sky Maviscreator of the game Axie Infinity and the sidechain Ronindid he make a fraudulent transfer before formalizing the hacking of the network? The publisher defends itself after the publication of a video implicating its CEO.

End of March, the bridge Ronin from Sky Mavis was the victim of the most important hacking of the year. The amount of the damage amounts to more than 600 million dollars. However, the company promised to reimburse the victims.

However, it took three months before Ronin was operational again for its users. Sky Mavis has not yet finished with the criticisms and the polemics.

A transaction visible on the public blockchain

The Vietnamese startup is now being challenged in a video posted on YouTube by an Internet user named Asobs. The latter, in collaboration with researchers, conducted an analysis of the blockchain.

Their findings were then shared with Businessweek. For what reason? Because Asobs believes it has identified a suspicious transaction in tokens AXS a few hours before the disclosure of the hack.

This operation is not trivial since it involves the wallet of the CEO and co-founder of Sky Mavis, Trung Nguyen. Shortly before the freezing of digital assets of all users, for 3 million dollars of tokens were transferred to a Binance wallet.

Read:  CBDC common rather than Bitcoin, decrees the CEMAC

Did the executive get a free pass and use confidential information to withdraw tokens before the freeze? Above all, thanks to the knowledge of the facts, the CEO would have had every interest in transferring his tokens to an exchange in order to sell them before the AXS price fell.

For the revelations about the hack and its scale have indeed had an impact on the value of the crypto-currency – without triggering its collapse as in the case of LUNA or the Celsius token.

A transfer to trade loans and capital

At first glance, the analysis of transactions on the blockchain could therefore suggest insider trading or at least point to a suspicious transaction. Sky Mavis however refutes any fraud or sale of AXS.

At the time, we (Sky Mavis) understood that our position and options would be better the more AXS we had on Binance. This would give us the flexibility to pursue different options to get the necessary loans/capital,” justifies a spokeswoman.

In a series of messages posted on Twitter, Trung Nguyen also defends himself from any fraud. The funding raised shortly after the Ronin hack could in fact support the explanation put forward by the publisher.

Read:  The crypto exchange ZB.com victim of a hack?

On April 6, Sky Mavis raised $150 million in a round led by Binance. “The round, combined with funds from Sky Mavis’ balance sheet, will be used to ensure that all users affected by the Ronin hack are reimbursed,” the startup wrote on its blog at the time.

End of the controversy? In any case, it reflects a form of mistrust following the exposure of the practices of some centralized platforms such as Celsius. To regain the lost trust, the chairman of the AMF urges crypto companies to aim for approval and no longer just PSAN registration.